West Midlands Trains passengers will receive a ten per cent discount on their travel this summer as compensation for recent poor performance, new managing director Julian Edwards has announced.

The discount will apply to the walk-up fares for every off-peak journey made on West Midlands Railway and London Northwestern Railway services throughout July and August. A further announcement regarding compensation linked to holiday periods will be made in due course. 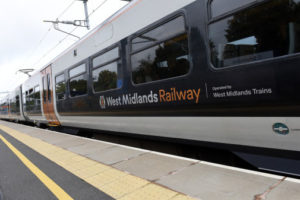 In addition, WMT will be running a new campaign in the coming weeks to ensure as many customers as possible apply for Delay Repay when they’re entitled to it.

These measures follow the three per cent reduction in the cost of weekly, monthly and annual season tickets on the network, announced last month.

The commitment from Mr Edwards comes as the National Rail Passenger Survey published today reveals a drop in overall passenger satisfaction. The survey was carried out last autumn in the aftermath of a new timetable in May 2019 which resulted in an increased number of delays and cancellations.

Mr Edwards, who took the top job at West Midlands Trains earlier this month, said: “Our performance during the second half of last year was simply unacceptable. I’ve put in place a clear plan of improvements which is already having an impact.

“There is more to do, however, and we are making further timetable changes to improve performance, starting next month – with a commitment to only use skip-stopping as a last-resort and under extreme circumstances.

“This year we will also introduce brand-new trains on the network while working with the Mayor on reopening stations on the Camp Hill and Wolverhampton-Walsall lines.”