Birmingham entrepreneur to back prestige ceremony.

Birmingham Press Club has announced that Love Your Postcode.com, the real estate agency co-founded by entrepreneur Bobby Singh, is to be headline sponsor of the Midlands Media Awards, which take place on 15th November at The Holte Suite, Villa Park, which last week was named Venue of the Year at the prestigious Birmingham Awards.

The awards, now in their 18th year, are held annually to acknowledge the achievements of the region’s journalists, photographers, broadcasters and bloggers.

Press Club chairman Llewela Bailey said: “Bobby is a high-profile businessman and the driving force who has developed Love Your Postcode.com into one of the Midlands’ most successful operations of its kind and we are delighted that he has chosen to partner the Press Club’s flagship event.

“Without a doubt, Bobby is the face of modern estate agency and property management in the UK,” she said.

Bobby (pictured), a former senior manager at both PwC and KPMG, co-founded Love Your Postcode.com over ten years ago with his wife Catalina and since then the 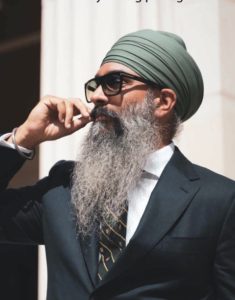 innovative and successful brand has seen double-digit growth year-on-year. For the second year running it has partnered Grand Designs Live, Channel 4’s home renovating lifestyle event and in doing so became the only UK estate agency to engage as official partner and sponsor in the show’s 20-year history.

Bobby, who last year was named Sikh Business Man of the Year, said: “We’re delighted to be working with the famous Birmingham Press Club, the oldest press club in the world, and to continue our ongoing commitment to the region.

“The prestigious Midlands Media awards are an important opportunity to recognise the excellence of journalists, broadcasters in the ever changing media industry across all formats – and the significant contribution made daily. It’s inspirational to hear about the legacy of such a Press Club and I’m genuinely honoured to be supporting the very people that once inspired and educated me as a child to be the very best in life.

“Sadly the decimation of local print media over the last decade has seen savage job cuts. There may be fewer of you today but resilience and ambition will get you to the very top. We wish all the nominees and those involved in the 2019 awards the very best of luck.”

One thought on “New sponsor announced for Midlands Media Awards”