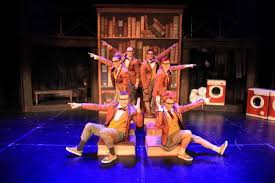 The title alone courteously pays tribute to that Billy Wilder film classic Some Like it Hot, where two out of work jazz musicians switch genres to get jobs in an all-female band.

There the similarities end. Some Like It Hip Hop adds a bit of Shakespearan light humour, top loaded with R&B, soul and beat boxing and framed by a trite plot to offer up a lively musical dance night. But one that drags about ten minutes too long.

Kate Prince’s play has been in London and on the road for eight years now and this is a recent relaunch. A narrator tells us how a kindly ruler in a fictional land loses the one he loves and creates a gloomy, dystopian world where woman are second-class drones. They aren’t allowed to do anything except serve the males.

Two women escape, don baggy suits and dicey fake moustaches and re-enter the warped kingdom. And so the dancing begins, much of it complicated, exciting routines laced with lighting fast hip hop, and jazz riffs. It is sharp, sassy and seamless.

But, oh, that clunky plot. It’s mind-crunching at the least, especially when the gloomy governor’s lost daughter shows him how to love and live and…ahhhh, well, you get the point. 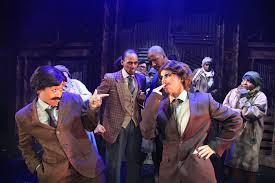 But hats off the ensemble. They bop their socks off, lacing it with eye-popping acrobatics and dynamic sound.

At the end, each cast member gets a torrid solo to be gobbled up by a teenaged audience that loved every minute of it. The cast knows how to stir it up. And they do too.