The city council’s transport strategy has again been attacked by opposition politicians. Following on from Tuesday’s criticism of the plans, Birmingham Conservatives have called for the immediate publication of the Birmingham Transport Plan after it emerged that there are plans within it to prevent cars from entering the city centre, close the tunnels and potentially introduce a congestion charge on top of the ‘work’ tax and ‘travel’ taxes already announced by the controlling Labou groupr.

Conservatives leader Cllr Robert Alden (pictured) said: “The ongoing war on motorists by this Labour administration is continuing to punish hard working residents and businesses in Birmingham, with plans designed to make it more difficult and more expensive for people to use their cars, rather than focusing on making it easier and cheaper to actually use public transport. 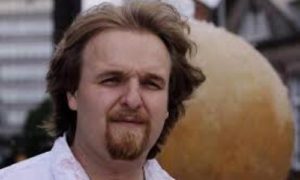 “The ‘travel’ tax, workplace parking levy and the demolition of the A34 Perry Barr Flyover are all being forced through against public opinion and without any credible plan to actually reduce congestion or improve air quality.

“We know we need to improve air quality in this city but the way to do that is by delivering world class public transport including park and rides, investing in green infrastructure and supporting the switch to electric vehicles, not by stopping people going about their daily lives.

“Rather than drawing up secret plans to make life more difficult for hard working Brummies who currently have no choice but to use their cars, Labour should get behind West Midlands Mayor Andy Street’s ambition for a new electric car battery Gigafactory for the region alongside rapid investment in and expansion of the metro system as well as installing more green infrastructure to clean our air.”

The Erdington councillor added,“Birmingham Labour told the residents in 2018 they hadn’t got plans to do any of this, now we know they were secret having these plans made at the same time as telling voters they wouldn’t introduce such taxes. Once again residents will feel Birmingham Labour have lied to them”.