You were sixteen when you joined the Style Council. Your friends were doing paper rounds and you were hanging out with Paul Weller.

“I left school in April 1983 and I wanted to become a musician. The Style Council had just brought out their first single Speak Like a Child and a friend of mine suggested I should write to Paul. I sent him a cassette of me playing along with the record and saying that I was wanted to join a band. He wrote back two weeks later asking me to go down to audition, I went down with my brother as my mum wouldn’t let me go on my own and by October I was on the road with them.”

That must have been a bit of an eye opener for a sixteen year old from Coventry.

“It was bonkers really. To say it was the deep end would be the understatement of the last century.

“Maybe you could use another example. There was this massive thing between Wham and the Style Council not only because we stole Dee C Lee, who was one of their backing singers but because there was a big chart battle between them and us, and we won by a country mile. We were the biggest thing going and we surpassed pretty much what the Jam were doing because we properly crossed over. That was Paul’s idea, to expand and progress, and he did it in spades.” 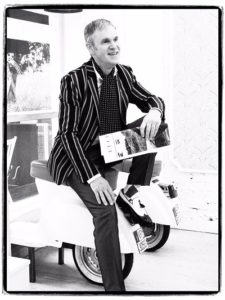 You never recorded with the Style Council.

“Paul played on most of the early stuff. He was originally the Jam’s bass player and he was very melodic, a bit like McCartney and Sting. He did all the parts on Wildwood as well. I was there to fill the gap live.”

You’ve said that you felt you were never part of the Style Council inner circle. There was Paul, Mick Talbot and Steve White, but you were part of that second group who came in as and when required.

“At one point we definitely all were in it together then towards the end, maybe early ’85 there were a few incidents that made me think ‘Maybe I’m not with them’. But like the song, Paul was ever changing. He wanted to work with other people, to keep the core of the band together, Paul, Mick, Dee and Steve. I don’t know what happened, but for majority of the time I was a part of the band and I was the original bass player so I’m quite happy.”

Then you joined one of the most overlooked bands of that era, the Truth, at the time when they were moving away from their poppier chart hits and were more rock-edged.

“They were. The band had gone out to America and played with the Kinks. They’d become rockier, like the Who. That whole time was really successful, they did massive tours of America, nothing like the Style Council. We played with Squeeze and T’Pau as well. We were on ten dollars a day on the road and our tour manager made a big fuss that we’d been put up to twelve dollars…”

By this stage you must have been comparatively young and you’d done nothing else since leaving school except play with big name musicians.

“It was crazy. When I left the Style Council I joined a couple of local bands because I’d done the usual progression in reverse. Then The Truth came along and I did a lot of work just locally, for the experience. I played with Special Beat, working with Horace Panter, Ranking Roger, all these guys that I’d grown up idolising. Then you meet them and, say, the Paul Weller I knew was totally different to the Paul Weller the public saw. Any normal person wouldn’t be able to comprehend it.

“I’d worked with the Beat on and off over the years. With Roger, he was such a nice guy, great fun to work with. With him dying one day, Brian Travers from UB40 being ill, Brad from the Special dying, it’s not nice to see it happening round you. Shall we move on?”

Indeed. And on to someone who is probably indestructible. Lee Scratch Perry – you won a Grammy with him for the Jamaica album.

“That was the most bizarre thing I’ve ever done. Everything he’s ever done or been involved with has been bizarre. He came into the the studio and played us a load of soul stuff. he said ‘I want to be the king of soul’. He played some Motown tracks and stuff, we turned the chords round while he mumbled and we wondered what the hell was going on and we won a Grammy. 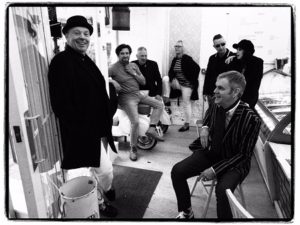 “His microphone was rattling because he had some stuff inside it. I did some overdub guitar, he pressed the talkback button and he said, ‘Play me some of that John Lennon. I want to get in touch with John Lennon’. WHAT???”

You could probably fill the internet with stories like that, but back to your current work. From the Style Council, I hesitate to call it a tribute because the word’s been so bastardised.

“There are a few bands now, it’s like From the Jam for example, it’s more like a franchise. What I wanted to do is recapture the feeling of the band, the vibe that we had early on. I’ve always taken the blueprint and we always come off with a wet shirt wherever we’re playing.

“I want people to be like that with me and the musicians I’ve got are just phenomenal. They’re really pulling it out of the bag, it’s such a good sounding band. Onwards and upwards.”

Has there been any reaction from Paul and the others about the band?

“I haven’t seen Paul for some years, but he seems to be all okay with it. You might get a few guest appearances at the Jam House; I’ve invited a few of them. That’s about as much as I can say.”

Anthony Harty and From The Style Council play the Jam House, Birmingham on 10th October. Tickets