Celebrities across the region have thrown their weight behind an urgent fundraising appeal launched last week by Acorns Children’s Hospice.

Black Sabbath rock legend Tony Iommi, comedian Jasper Carrott and celebrity chef Glynn Purnell have all lent their support to the £2 million appeal launched by Acorns to save their Black Country hospice based in Walsall. 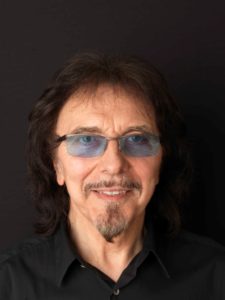 Adding his backing to the Appeal, Jasper Carrott urged local people to get involved to help the charity. He said: “Children’s hospices provide crucial support to families during the most difficult of times that most of us are lucky enough to have never experienced. We should be incredibly proud of Acorns work in providing a vital lifeline to children and families.

“That’s why I’m backing the urgent Appeal to raise money to keep the Black Country children’s hospice open for the 233 families that rely on its services. Please support the campaign – it’s a no brainer.”

The Save Acorns Black Country Children’s Hospice Appeal was launched by Acorns on the back of significant new funding locally and nationally from the NHS.

The appeal sets out to raise £2 million to towards the Walsall hospice – which the charity had proposed for closure – until the full amount of new Government funding is reached. If the appeal is successful, it will lead to the closure proposal being withdrawn completely.

Black Sabbath guitarist, Tony Iommi, said: “It’s fantastic news that Acorns in the Black Country has been given a lifeline, giving them a chance to raise the money needed to stay open permanently.

“All of the families that access the fantastic services provided at the children’s hospice, as well as the staff and volunteers, rely on everyone in the community getting behind this urgent appeal so please donate or give your time to help raise money for this amazing place. Thank you.”

Also lending his backing to the appeal was Glynn Purnell, celebrity TV chef and owner of Michelin starred Purnell’s Restaurant in Birmingham. He said: “As a proud Brummie and dad of three, I’m backing the Acorns urgent appeal to help save their Black Country children’s hospice.

“All the kids and their families who rely on the fantastic care provided by the staff and volunteers there need your support, so dig deep folks – bake a cake, do a sponsored dad danceathon, climb a mountain or just make a pledge. Every little helps.”

The lifeline for Acorns in the Black Country follows a commitment of significant new NHS funding from Black Country healthcare commissioners and an earlier announcement by NHS England that they would double their central funding support to the country’s children’s hospices over the next five years.

This lifeline means the Acorns children’s hospice in Walsall can stay open to Black Country children and families until at least the end of March 2020.

Commenting on the celebrity backing and the local response to the Appeal so far, Acorns Chief Executive, Toby Porter, said: “We’ve been overwhelmed by the amazing response from the Black Country and beyond since we announced that there was hope for our Walsall hospice.

“The expressions of support from local people and well-known names alike is fantastic, and a reflection of how important and valued we know the work the amazing Acorns staff do in the hospice and with families across the Black Country.

“There’s a long way to go, and we need as many people as possible to get behind our urgent appeal, share it with their friends, families and work colleagues, and help us reach our £2 million goal.”

For more information and to donate towards the Appeal, visit www.acorns.org.uk/appeal