Richard Lutz sits back and thinks of baseball and England. 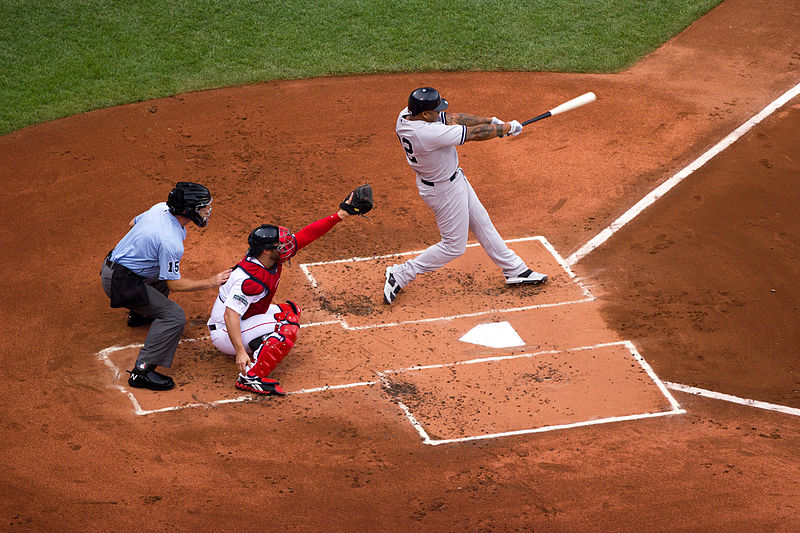 Ron had an outsized hotdog in one hand and beer in the other. I had a cheese nachos gloopy thing in one hand, a beer in another and a bucket of popcorn the size of Ohio hanging from my teeth. Up and down our stands way back in right field, strolling hawkers were selling rivers of beer from backpacks.

And since it was Britain, there were also Pimms’ cocktails on sale too. Plus we all sang God Save the Queen and the foul poles were not only in feet (338’) but also in definitely un-American Euro-metres (103m).

Baseball was in town. And with it was that peculiar cheesy, gloppy American spectacle that for all the banter and noise was about as gloopy as those cheese nachos drooping all over my hands. But you had to ask: “So whatcha ’bout the game of mom, apple pie and steroid drugs misuse landing fat and wealthy on an unusually gorgeous summer’s day in the middle of middle England?”

Said one cheeky wag: “How about that – baseball in England. Next stop, NY?”

I figure half the 60,000 crowd were Brits proud to drink lots of Heineken (and a drop or two of Pimms) and shout really loud- almost as loud as the Germans around me who seemed geared up for the game. Funny to hear the name Mookie Betts wrapped inside of a Teutonic tongue. 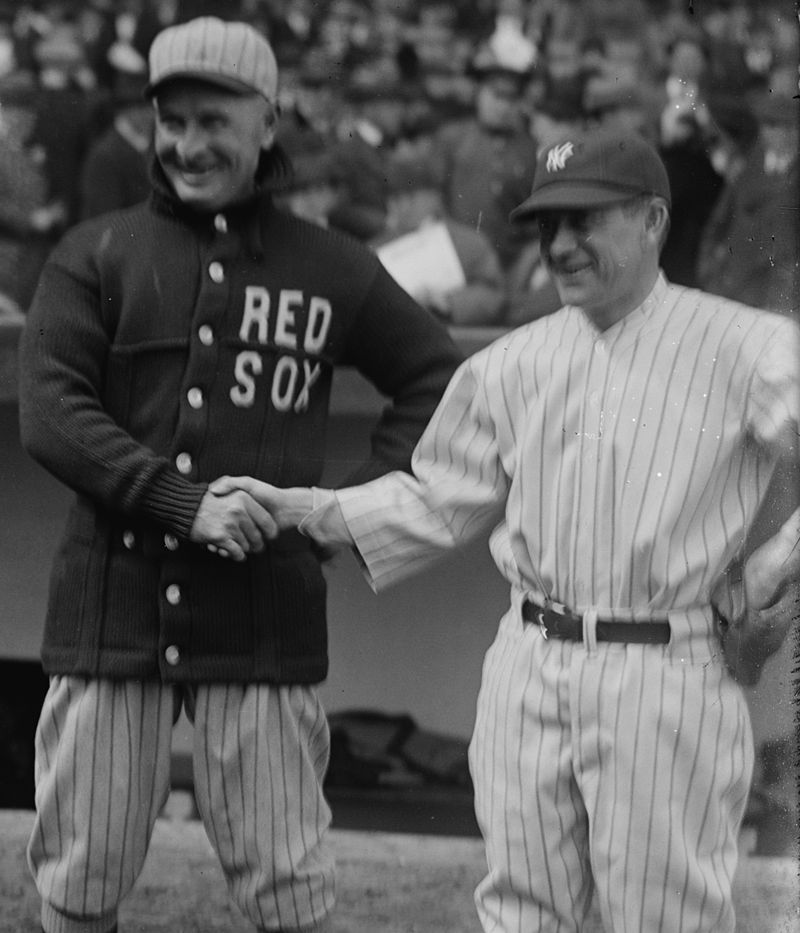 Rivals even a hundred years ago: Boston and New York managers shake on it ‘way back when.

Ron, by the way,  got all the hotdogs his Wyoming stomach could handle. I went for a second helping of gloopy nachos and more beer and watched the imperious New York Yankees muscle the bejesus out of the Boston Red Sox. Final score, something astronomic like 678 to 12.It must have been the Thames water or the hot British sun that allowed all the testosterone to flow to create huge numbers over two games. It was if Man United pasted Chelsea 15-6. They were rugby tallies rather than baseball results.

But it made for a a lot of bigtime batting, some shots leaping deep into the stands. And I guess that made the huge price of £130 just about worth it for a so-so seat 380 feet from home plate. Luckily, mega screens told the story too, so the sell-out crowd could actually see what was up. The Brits around me seemed to understand the game, cheering at the right time, shouting beery stuff when the longuers set in during the four and a half hour game.

Everyone filed out of the Olympic Stadium in good order, huge holes in their wallets, their credit cards shredded to rags from inflated prices. The Tube laid on extra trains to get us back to reality. The sun was still beaming as we hit home in south London around 9pm. Just in time, actually, for a beer and a sloppy handful of nachos.

3 thoughts on “Baseball in Britain: Boom-boom time way down in England”