Richard Lutz is dragged into the world of Restoration noir at the Royal Shakespeare Theatre. 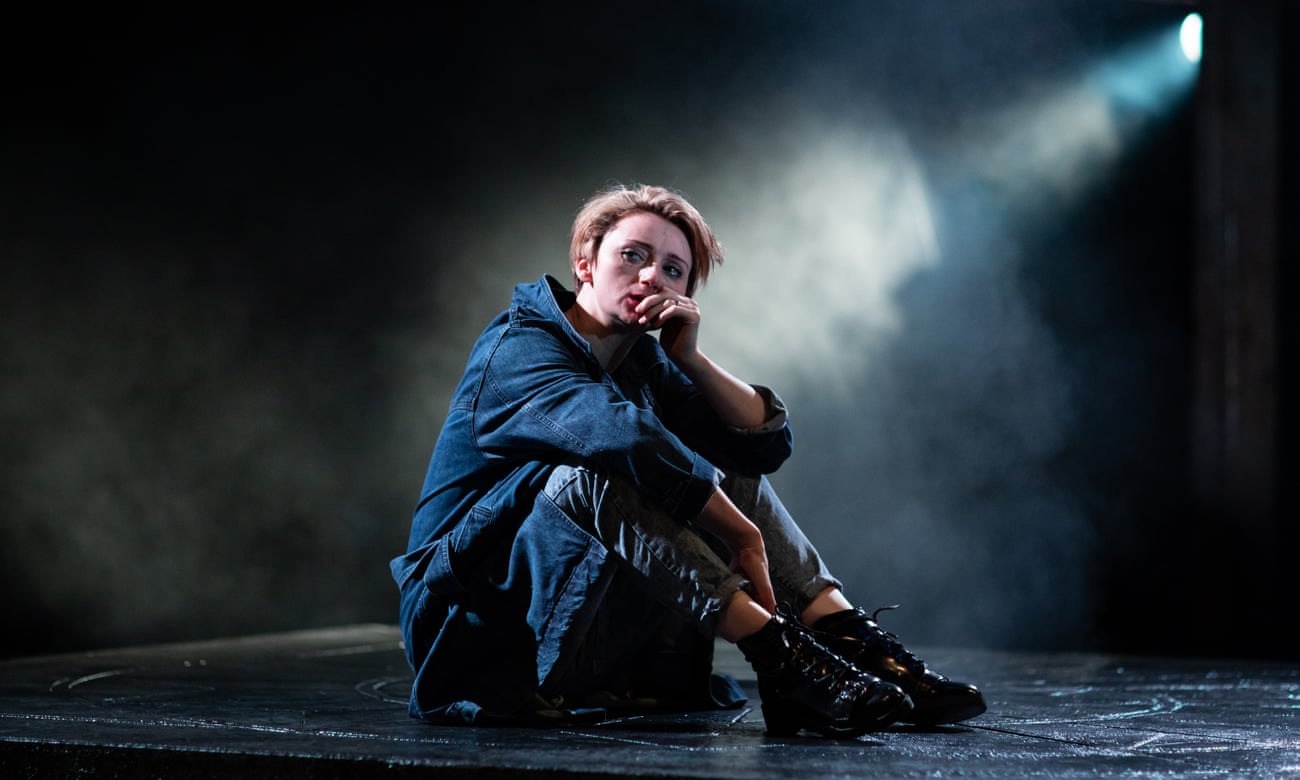 There is a long tradition in theatre of taking an old play and dressing it up. The Royal Shakespeare Company has grabbed the 1682 tragedy Venice Preserved and done just that- taking this dark 17th century political drama and sticking it deep into 1980’s cyberpunk culture.

Now, you either hate this style and walk or you dive into its visual depths. Take your pick. But whichever road you follow, Thomas Otway’s Restoration play is terrific. And whether the RSC cast is booted and suited in flounces, powdered wigs and foppish gear or whether they all resemble backcombed Duran Duran, one thing is clear – a good play is a … good play.

Otway, long forgotten but in his day the bee’s knees, paints a troubling picture. A young married couple remain faithful. But friendship invades. A soldier returns to Venice ripe for revolution to rid the city of corrupt senators and wants to convince the husband Jaffeir to go underground. Jaffeir must choose to either stay with his wife Belvidera, or remain loyal to his restless friend. He chooses violence and civil war.

It’s an eternal triangle; Husband/wife/best mate. The couple are ripped apart by conflicting loyalty, betrayal, violence and the deceit of the ruling class which includes Belvidera’s bitter father (played with aplomb by TV frontman Les Dennis).

Star of the show is Jodie McNee (above) as Belvidera. Her turn is of a passionate faithful wife who sees her husband twisted by the heat of passion, the heat of bloody revolution, the bitterness of deceit, then a decent into madness. It is a towering performance, her sharp Scouse accent adding to the intensity of anger. She may have learned a stage trick or two from her uncle- Les Dennis who shares a scene or two with her (as above).

Whether the transition to a  late 20th century demi-monde works or not is subjective. There was a harrumph or two around me when we were plunged into what could have been a Blade Runner set or a 1980’s Digbeth late night club. But what I think consumed everyone in the audience at The Swan was the height of passion and the anger of betrayal that Otway timelessly describes in the plot (it still rings true today) and in the whirlwind of his script- it is beautifully laced with a wave of imagery about water and the vicissitudes of friendship.