A joyous programme of events promised throughout the city.

The UK’s leading biennial festival of live art, Fierce has announced the full programme for its 2019 festival, the second edition under Artistic Director Aaron Wright.

From 15th-20th October, Birmingham will be bursting at the seams with performances, installations, experiences, cabaret, activism and parties, presented by an international line-up of artists featuring bold new voices and highly acclaimed international practitioners.

Exploring themes such as identity politics and the body, our current political and ecological crisis, the ethics of representation, participation (for those who don’t like to participate), altered states, queerness and club culture Fierce 2019 will feature; 27 different performances and more than 50 events – including 14 UK premieres and two world premieres – showcasing work from over 35 artists, some of whom will be making their long overdue UK debuts. 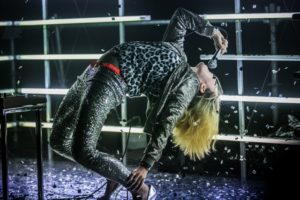 Artistic Director Aaron Wright commented “Brace yourselves! Fierce 2019 is coming, and we reckon we’ve put together the most disruptive and joyous programme of performing arts you’ll find in the UK this year. In 2019, more than ever, we need propositions not opposition.

“The Fierce Festival 2019 programme is full of artists living as if the revolution has happened, all of them making propositions… naughty, joyous, sexy ones at that. We’d love to see you in Birmingham this October.”