This Friday, Birmingham Youth Sports Academy will celebrate its seventeenth year since inception with a charity gala dinner at Villa Park.

The evening is in place to mark a number of achievements that the club has gained this year. It received a number of top accolades including the Queen’s Award and also launched its Mentoring and Education programmes which have both had successful starts, attracting attention and an interview with BBC News about the empowering community work it was involved with during the Knife Crime epidemic that swept the nation.

Abid Khan, Vice President of BYSA, explains: “The annual BYSA charity evening is being hosted at Villa Park on Friday 21st June and will celebrate the organisation’s phenomenal achievements this year. 2019 has been amazing for BYSA and opened so many more doors for all attendees, and it is them who we ultimately want to celebrate.” 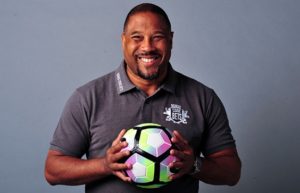 Sponsors from large organisations have also jumped on board to showcase the club’s huge successes, such as the Royal Air Force, MotorServ UK, Pathway Group, Bootcamp Media, and Big Johns, highlighting the growth of the club and the recognition the organisation has been receiving over the last few years.

“There is always a fantastic turnout every year, with the event now being a complete sell-out”, continues Abid. “The support we have received from Midlands communities, local businesses that have sponsored our event and also the host of former football players that show a key interest in our club has been outstanding and we really look forward to celebrating on Friday!”

Formed in 2002, BYSA started off as a small community project in the Midlands to positively influence the lives of young people through inspirational role models and with the aim to help young people better connect with the wider society through sport.

For more information about the event or the BYSA, visit their website: www.BYSA.co.uk.