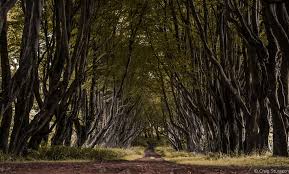 This is a twisted avenue hidden near the Scottish shore. In winter, it could have been described by Tolkein, with its fingers of empty branches reaching out. In spring it rustles with beech leaves as you approach Culzean Castle. The path’s gate is shut and a sign advises you that this is not a way to gain access. Which means it is the exact opposite…a terrific way to approach the place. It leads to The Cat Gate where two mountain lions sit proudly, silently, on columns above you.

The woods around the twisted tree lane are beginning to pop into life after a short sharp warm break and then a subsequent return to cold southwest winds from Ireland.

Red Campion brims to life along the lane: 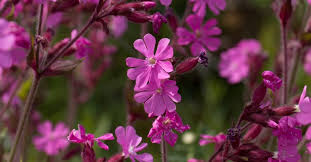 It mixes in with wild garlic which spins fragrance throughout the woods: 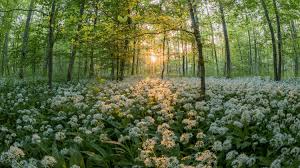 And, of course, this being the first week in May, there’s bluebells: 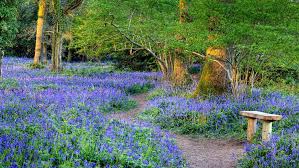 Elsewhere white rhododendrons spot the woods. They’re actually a nuisance because they throttle local stuff that grows. But they create colour in dark woods.

The walk prefaced the UK local elections. Commentators try to make sense of this Brexit-laden political landscape. And you have to ask how voting for someone who will help with rubbish collection, the maintenance of your neighbourhood school or the potholes on your street are in anyway linked to the chaos of leaving the EU.

The two major parties, Labour and Tory, took a bashing, meaning a good local representative who has fought hard for a city’s roads or schools gets turfed out over Euro-affairs. Bang. Out of office.  ne expert sighed into a radio mic and confessed: “I don’t know. No one knows anything…”

That in mind we take to a church in Glasgow to hear the fifty-strong Westerton Male Choir. My friend Mark is in the back row of baritones and I try to pick out his voice as he and his pals warble through Scottish melodies and Robert Burns poems. An elderly woman is in front of us: She is clearly adrift and confused but comfortable sitting between younger relatives. She sings the old songs, though, word for word, her memory rekindled and the refrains still embedded in her lost life.