Artistic and Executive Directors to take up posts.

Sean Foley is an award-winning actor, writer and director. He co-founded The Right Size, creating many original comedies and touring nationally and throughout the world. He is a double Olivier Award-winner for co-writing and starring in The Play What I Wrote – also Tony nominated – and Do You Come Here Often? He directed the Olivier Award-winning Jeeves and Wooster in Perfect Nonsense, and has also directed, co-written or starred in many further Olivier Award-nominated productions, including The Ladykillers, Ducktastic, Arturo Brachetti: Change, and The Miser.

He has worked extensively with many leading actors, writers and comedians, and is one of the very few people to have received Olivier nominations as an actor, a writer, and as a director. Other directing credits include The Painkiller starring Kenneth Branagh and Rob Brydon; I Can’t Sing starring Cynthia Erivo; and The Walworth Farce starring Brendan, Domhnall, and Briain Gleeson. His film directing credits include Mindhorn starring Julian Barrett and Steve Coogan; TV includes Marilyn Monroe and Billy Wilder, starring Gemma Arterton, and One Normal Night – both for Sky Arts.

Amit Sharma has been Associate Director at Graeae Theatre Company since 2011 and also Associate Artistic Director at the Royal Exchange, Manchester from 2017-2019. For Graeae, Amit directed the world première of Jack Thorne’s The Solid Life of Sugar Water – a hit of the 2015 Edinburgh Fringe Festival, Cosmic Scallies at the Royal Exchange, and The Iron Man which toured nationally and internationally.

Also for Graeae, Amit has co-directed the outdoor spectacle Prometheus Awakes and Sequins and Snowballs. In Autumn 2019, Amit will direct a new version of Winsome Pinnock’s One Under for a UK tour. Amit has extensive experience in creating opportunities for artists – he led Graeae’s flagship UK-wide new writing programme, Write to Play and developed many opportunities for D/deaf and disabled artists while at the Royal Exchange.

Rachael Thomas joins The REP following her role as Executive Director of Derby Theatre and a 25-year career in the cultural sector. At Derby Theatre she has helped secure significant increases in grant funding and earned income from programme and commercial sources. In her previous role at Lincoln Castle she project managed the delivery of 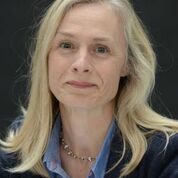 Prior to this Rachael worked for ten years at Nottingham Playhouse as Head of Finance and Business Development. Her other roles have included Director of Phoenix Arts, Leicester and Director of the Merlin Theatre in Somerset. Rachael has an MBA from the University of Bath.

At The REP Rachael will work closely with Sean Foley and Amit Sharma to realise their artistic vision, alongside managing and developing the business plan and the strategic management of the organisation.

Angela Maxwell, Chair of the Board at Birmingham Repertory Theatre, said: “The board set out to find a leadership team with a creative and cultural reputation who could take the theatre on to even greater success as a leading player in contemporary British theatre.

“Sean, Amit and Rachael are an exciting combination and in them we have found a dream team with a passion for theatre, commitment to excellence and an ambition to raise the profile and impact of The REP for the future. We’re thrilled they have chosen to come and work with us and they demonstrate Birmingham’s growing cultural confidence and ability to attract artistic talent.”

“We look forward to seeing Sean, Rachael and Amit’s combined wealth of experience, ambition, passion and creativity drive the theatre on to future success.

“Tribute must, of course, be paid to Stuart Rogers and Roxana Silbert, as they leave The REP having worked there for a staggering 24 years between them. During this time they have successfully developed the audience, programme and artistic community for the theatre, focusing on The REP’s central commitment to the diversity of Birmingham. They have built a thriving theatre, despite the challenging economic times.

“The REP is at the heart of the city’s thriving cultural scene, creating stories that are made in Birmingham but which resonate everywhere. This an exciting time for the city, as we approach the Commonwealth Games in 2022 and we look forward to seeing the team continue to inspire audiences with innovative productions long into the future.”

The new arrivals will take up their posts in Spring/Summer 2019 with their first season of work starting in 2020. They take over from The REP’s current Artistic Director, Roxana Silbert and Executive Director, Stuart Rogers who leave later this year.