Chance for Birmingham tennis lovers to learn from the world’s number one doubles coach.

Tennis enthusiasts in Birmingham are being given a unique opportunity to meet and learn from one of the world’s best tennis coaches.

Louis Cayer, the undisputed number one doubles coach, is heading to Birmingham for one day only to hold intimate breakfast and evening events and deliver two special masterclass coaching sessions for juniors and adults. 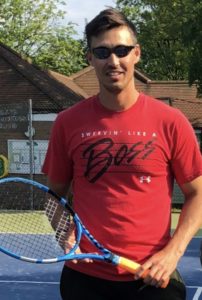 Budding players and tennis lovers will be able to explore Louis’ coaching methods and experience of working with 10 ‘top 100’ singles players and coaching Jamie Murray, whilst the latter was making his way to become the world number one in doubles.

He is also known for his skills development and writing all of the coaching manuals for the LTA, including technical aspects around movement on the ‘3 volleys’.

“This is the first time we’ve been able to get Louis Cayer to visit the Midlands and we want to make the most of his knowledge and expertise through a range of different activities that suit all ages,” explained John Donnelly, Chairman of Ethan Mason Sports.

“It all kicks-off with an exclusive breakfast for nine people where guests can ask Louis about his career, coaching tips and tales from the hundreds of tournaments he’s been part of.”

He continued: “We’ve also got an ‘Audience With’ event planned for the evening, with Fix Radio Show Presenter Paul Burrell conducting an interview before opening up a Q&A to the floor. There’ll also be an opportunity for photographs.”

Juniors, adults and their coaches will also be able to take part in two coaching masterclasses, with Louis Cayer providing on court-sessions covering technique, movement, the ‘three volleys’, match psychology and tips for playing as part of a doubles team.

All participants will be given a debrief by Louis and a souvenir water bottle and printed t-shirt to remember the day.

Louis Cayer (front pic) added his support: “I really enjoy these events, where you can talk tennis to people who love the sport and try to give them an insight into coaching that they perhaps would never normally get. Edgbaston has always been a great venue for tennis so I’m delighted to be returning and meeting lots of players and supporters.”

Also in attendance will be Ethan Mason Sports Director Arnaud Benidor (above), himself an LTA and USPTA qualified coach and former hitting partner for Mark Philippoussis and the Williams sisters, and Sarah Borwell, Managing Director of Tennis Smart and a former British Number One ranked doubles player, who has played at all four Grand Slam tournaments.

John concluded: “We’ve only just finalised the full running order and, within a few days of releasing it, we had lots of people sign-up, so space is at a premium. Just imagine telling the people at your tennis club that you’ve been coached by Louis Cayer and, better still, showing them what you can do after enjoying his expert coaching.”

Established in 2014, Ethan Mason Sports specialise in delivering professional tennis coaching in the travel/holiday sectors, providing clients with high quality events that lead to life-changing opportunities. They are currently working on a new venture with Tennis Smart to create unique tennis-themed tour holidays and this will be officially launched this year.