Will Mapplebeck grabs the Beatles Express back to the sixties. 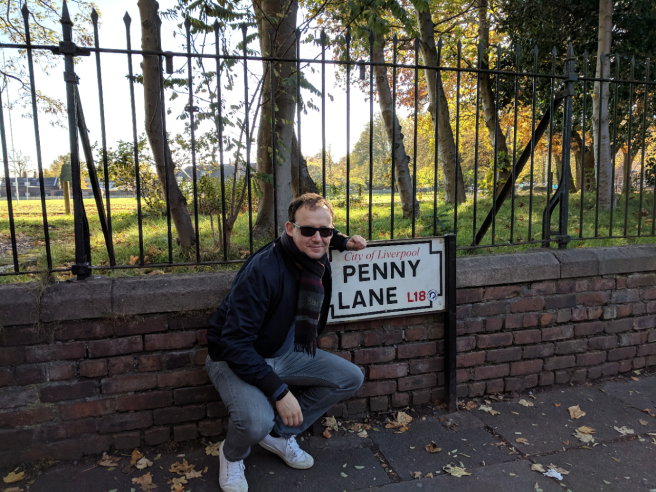 Isn’t it strange how sometimes the ordinary inspires the extraordinary?

I was struck by this on a recent trip to Liverpool, where we took an open top bus tour of the city. It started amid the scale of the iconic riverfront, one of the greatest urban vistas in the UK, with the towering grandeur of the Cunard building, looking out across the huge dark tidal width of the Mersey.

But this was a Beatles tour and it soon wound its way out of the grandeur of the city to the unspectacular neighbourhoods that provided the formative experiences of John, Paul, George and Ringo.

There was John’s Aunt Mimi’s anonymous, but well preserved thanks to the National Trust, semi-detached complete with blue plaque. The Art College and Liverpool Institute where John and Paul underwent what passed for a formal education, the cemetery where Father McKenzie may have wiped the dirt from his hands and the graffitied iron gates to Strawberry Field.

When John sings “nothing to get hung about” in Strawberry Fields Forever he’s repeating a dire warning from Aunt Mimi that anyone caught playing in the grounds of the children’s home would face severe consequences.

When Paul sings about dragging a comb across his hair and making the bus in seconds flat in A Day in the Life he’s remembering the morning rush to catch the number 86 to school from the stop outside his house.

In Penny Lane itself you can still see what would have been the barber shop and the bank along with the shelter in the middle of the roundabout where the pretty nurse sold poppies in a tray.

This slice of suburbia gave birth to songs known across the globe. But these weren’t places that you might expect would forge world-changing music. There is no obvious conflict or drama, this is the epitome of safe and unspectacular.

The suburbs that were home to The Beatles were largely comfortable and unremarkable. It was a world of bus stops, parks and church fetes, of quiet post war working class aspiration and eventual disappointment.

The Beatles left Liverpool behind and became worldwide superstars. But the memory of these ordinary places under blue suburban skies helped produce some of the band’s greatest work.