Headliner Mandy Muden (front pic) has been on the comedy circuit for many years but came to national attention this year with her comedy magic set on this year’s Britain’s Got Talent, wowing the judges and making it to the semi-finals. Show organiser Julie Rennison, “She’s in big demand at the moment for award ceremonies and high profile events so I’m delighted that she agreed to support our little club by coming to entertain us in Aldridge”.

The night has been started to boost visitors to the town through putting on the level of show normally only found at main comedy clubs and theatres. The acts are very accessible and have been selected to appeal to people who perhaps want to try out a comedy night for the first time.

Founder of Juney’s Comedy, Julie commented “It’s important that we work together to support and save our village venues and encourage people to enjoy live entertainment. There’s so much excellent home entertainment now that it is a challenge to fill clubs these days, but you really can’t beat live entertainment of this level, 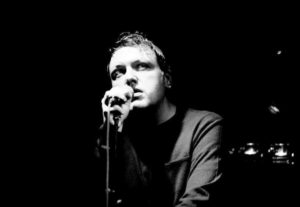 right on people’s doorsteps. If this event is supported, we’ll be happy to continue future nights in Aldridge.”

Russell Smith, who founded Aldridge Cinema based at Aldridge Youth Theatre, is also passionate about live entertainment in his home town and has again offered his services to provide high quality sound and light for the event.

Top London MC Maureen Younger will compere the night, with Birmingham’s Craig Deeley with his brilliant one-liners and funny stories opening the show. Andrew McBurney (pictured), the award-winning Scottish comedy partner of last month’s hit star Gary Powndland will also entertain the crowd. A new section of the night which showcases brand new comics on the circuit will introduce Stoke on Trent’s Phil Carr to the stage.

Tickets, priced £8, can be purchased directly from the High Street club, online via www.wegottickets.com (Aldridge Comedy Social) or can be reserved to pay on the night on 01922 456 742.

The event is open to over 18s and the bar will open at 7pm, with the show starting at 8pm.