Wolverhampton’s internet sensation Gary Powndland, whose videos have received over three million views in the past six months will be performing, with this year’s English Comedian of the Year Nick Page, who appeared in Britain’s Got Talent Live semi-finals, headlining the show. 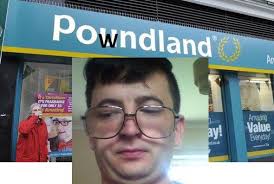 Organiser Julie Rennison commented “I book comedians for venues and events all over the country, so I was asked if I could put together a show to bring more entertainment and visitors to my home town of Aldridge”.

Julie, who is originally from South Manchester, has lived in the area for eighteen years and runs consultancy Cohesion Ltd. Locally, she runs the annual music youth charity event BENefit Gig and plans the programme and development of Sutton Coldfield Town Hall. She’s also part of the team at Light House Cinema and Cafe Bar in Wolverhampton and is currently running a high profile campaign to keep the community venue open. “Everywhere seems to be struggling for visitors at the moment,” she added, “so I was pleased to help Aldridge by bringing in an incredible line up you’d normally only see in a major comedy club”.

Tickets can be purchased directly from the High Street Club at £8, online via www.wegottickets.com or via the organisers, Juney’s Comedy on 01922 456 742.

The event is open to over 18s and the bar will open at 7pm, with the show starting at 8pm.