Graham Parker is one of our favourite artists. We’ve spoken to him and seen him live as part of a duo with long-time sidekick Brinsley Schwartz as well as fronting the legendary Rumour. 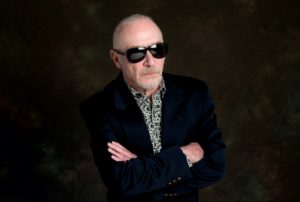 Now, there’s a new project for Parker afficianadoes to enjoy, with Graham Parker & The Gold Tops, who have a new album out in October. Joined by the Rumour brass section, they’ll also be touring with a date at the leamington assembly on Thursday 4th October.

The band will be playing a set of classic Parker material alongside new music being performed for the first time. The first song from the new album, Dreamin’ has recently been featured in a new Netflix series, Love – again, directed by Judd Apatow, whose casting of Parker in the acclaimed film This is 40 led to the reuinion with the Rumour.