Pivotal 2018 to take over Jewellery Quarter in September.

Pivotal Music Conference, the first event of its kind in the city in recent years, will see music executives from the worlds of distribution, licensing, new technologies, performance, PR, production, promotion, recording, songwriting, streaming, video and more, share their expertise, insights and advice with delegates across four venues during daytime sessions across a number of venues. 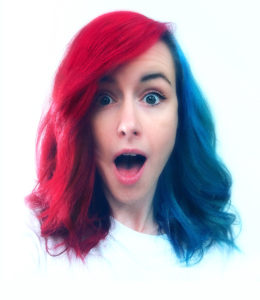 Managers Forum, Music Publishers Association, Ticket Fairy and ROTOR alongside others to be announced.

Conference attendees will also have the opportunity to book one-to-one with industry professionals via a series of ‘Speed Networking Surgeries’.

Pivotal has emerged from the regular sell-out Birmingham Tribes networking meetings, supported by MMF and MPG and led by Fat Penguin Management’s Chris Rogers, as well as the work of the Birmingham Music Coalition – a new industry body which will be officially launched at the event – led by music PR and consultant Lyle Bignon.

Chris Rogers said, “I am so excited to finally be able to announce Pivotal, a day bringing exciting industry talent and developments to the region alongside some incredible live music. Pivotal is all about highlighting the incredible talent that the Midlands has to offer and bringing the industry to the region to see and experience it. With the growing success of the Tribes networking nights, the Birmingham Music Awards and the Birmingham Music Coalition, now feels the perfect time to launch Pivotal at a crucial moment for Birmingham, it’s creative industries and people” –

Lyle Bignon added, “Recent developments in Birmingham and the Midlands region, as well as our many music business exports – from rising grime stars to acclaimed classical ensembles, emerging electronic producers to established music industry professionals – are all indicators that creative industry business here continues to grow beyond expectations.

“The launch of the Birmingham Music Coalition will help to support and solidify the independent music sector and the supply chain to expand to meet demand. BMC is committed to highlighting the city’s attractiveness for national and international investment, whilst nurturing home-grown talent. We’re hyped to share our plans with the music community over the coming weeks and months.”

Some of the region’s most exciting new artists will take to stages across the conference’s footprint in the evening of Friday 14th September along with a number of national acts in a series of live shows presented by established live promotion company Birmingham Promoters and local artist development company VNS Management.

Tickets for the Pivotal Music Conference, priced £16.50, are released for general sale from 10.00 Wednesday 27th June via the official Pivotal website