Community music project to be performed next month.

Major city-wide music project for-Wards culminates this June with performances of six world premieres of new music inspired by the second city in the final year of this project.

In just two years for-Wards has worked across 40 Wards, 10 Districts, with 10 Composers and 40 Community Groups and will have created 10 Local Performances premiering 10 new musical creations.

Year 2 has seen a collaboration between professional composers from Birmingham and 100’s of residents across 6 Districts in the city working together to produce a musical anthem which celebrates the sounds and stories from their own communities.

The recorded sounds are currently being embedded into what will be six wonderful musical creations through the professional talents of composers from a range of music genres: Electroacoustic composer, sound artist, performer and music lecturer Annie Mahtani, songwriter and composer Grandmaster Gareth who runs an eight-piece band Misty’s Big Adventure, as well as releasing solo-albums;

Dubstep guru Pøgman is cementing his place in dubstep with tours in Canada, USA and Australia; Handsworth-born Jazz saxophonist Xhosa Cole, part of the established legacy of Birmingham Jazz saxophonists founded by Andy Hamilton; Scott Johannsson a Birmingham-based visual artist and musician and member of the group LARVA; producer and writer and Brit Award nominee Simon Duggal who has written in a variety of genres for artists including Shania Twain, Nusrat Fateh Ali Khan and The Beat.

for-Wards is the brainchild of proud Brummie Bobbie-Jane Gardner, a composer and musician who is currently studying at Royal Birmingham Conservatoire. Bobbie said, “This has been an incredible journey for me. I have been blessed to have worked with such talented professional composers and over 500 residents across the city over the two years. We have been producing some amazing and thought-provoking music and I am so very proud of everyone involved.

“We have touched so many hearts and given residents a unique opportunity to collaborate with composers and create their own music. This really has been a major project for the city and I am sure the performances in June will be very emotional as we come to the end of the project.”

The community groups range from rock choirs, special needs schools, historical societies, and care homes to academies, fitness groups and youth projects. The groups reflect the different cultures and diversity that makes Birmingham such a vibrant and exciting city to live in. 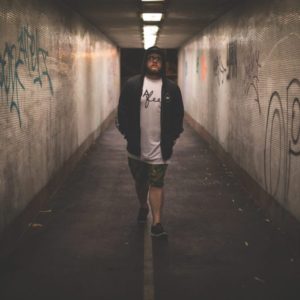 , who has recently been touring the USA with sold-out DJ sets added “Experiencing the sense of community in Sutton after working with such a diverse collection of people is very warming. I am very excited to capture the life and soul of Sutton through the sounds of a mixed generation.”

The six music compositions will be recorded on limited edition vinyl and all the sounds and music created will form a unique online interactive sound archive. These will be added to the music from Year 1 for future generations to access.

Each of the compositions will receive their world premiere in the district in which the sounds, communities and based. The community groups and their selected composer will perform their music to audiences made-up of local residents and members of the public. Expect a variety of musical instruments, sound recordings, gizmos, and reggae to electronica in these exciting premieres which will appeal to all ages.

Be a part of these historical performances by booking your free tickets now at www.for-wards.co.uk/upcoming