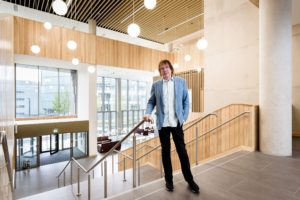 The Festival will also celebrate the exceptional talent nurtured from within the Conservatoire’s own ranks, highlight bold and creative work with contemporary composers and musicians, and celebrate the grass roots of the local music scene, anchoring the Royal Birmingham Conservatoire as a hub for performing arts in the city.

Part One of the festival takes place between April-June, with further programme announcements to be made via www.bcu.ac.uk/opening-festival.