Woroud Osman writes about a new venture in helping the city’s homeless.

When we see a homeless person, I’m pretty sure all of us can sympathise and relate to the thought of how can this happen in a society with a strong social welfare system? Although I’m not sure of the answer, it is a growing problem in Birmingham, and we aim to help.

Food waste in the UK is one of the controversial issues that’s finally being addressed. With over ten million tonnes of food being thrown away by cafes and restaurants – that’s the same as 645 Bullring Bulls – how insane is that? We want to be a part of the solution!

There are over 12,000 people sleeping rough in Birmingham and we want to be part of a real change in the city, to help our most desperate and vulnerable. We want to work with self funded, not for profit organisations that encourage restaurants to use their leftover food to feed the homeless and provide hot meals to aid those who are homeless and most in need – whilst making a stand against food wastage. 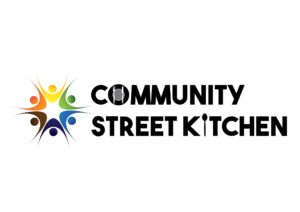 One group that we’re excited to be working with is Community Street Kitchen. It’s a non-profit organisation who have been running since the end of 2016, with five team members and volunteers who provide warm food and essential supplies every Tuesday on Albert St – which is known to be a local point for other charities and projects to meet up and give to those living on our streets. They aim to make a difference and depend on the help of organisations to support their cause.

They have already had immense support from Greggs Foundation trust that have nominated them to help those in need to receive end of the day food donations. Over the past 18 months they have also had support from M P Honnor, wone of the very few traditional butchers based in Solihull who donate to the meals prepared in local church or community kitchens.

Victoria from Community Street Kitchen works in the Birmingham area for homelessness; she works closely with Sacha Brookes the incredible radio DJ who does the popular Drivetime slot for Capital FM radio Birmingham. With the support of these organisations that contribute to supporting in any way they can, community street kitchen are able to feed around 2-300 people per week.

easyFood are due to launch on 26th April 2018 in just a couple of weeks with a simple solution to reduce food wastage starting from the Birmingham area. We will give restaurant owners the ability to request for their leftovers to be picked up and delivered to those who need it by one click of a button. They will also have an option of being able to inform and donate to local charities food that would other wise go to waste – charities can attend the business at a designated time to collect food to give to homeless persons.

Our target is to sign up more than 1,000 restaurants in the Birmingham area to contribute to help these, not for profit organisations at no additional cost to them. Our main concern is “Why throw food away when we know a warm meal makes a massive difference?” That’s why we urge other restaurants to take part in this great scheme.