There’s a great month of comedy coming up at Artrix in Bromsgrove next month.

The fun begins with One Woman Sex And The City on Thursday 10th May. A Parody on Love, Friendship and Shoes, One Woman Sex And The City takes audiences through a laughter-infused version of six seasons of the beloved show. Performer Kerry Ipema brings all the characters to life as they brunch, banter, argue, support each other and swoon over men and Manolos. Expect puns, cosmopolitans and audience participation. Recommended for age 18+.

Artrix welcomes Eleanor Conway to The Studio with her show Modern Addict (work in progress) on Saturday 12th May. Eleanor returns to the stand up circuit for her hotly anticipated new show. Now sober from booze and substances Eleanor is trying to navigate reality without stimulants. But it turns out now she’s addicted to everything. Except babies. Recommended for age 18+.

Barnstormers Comedy night will return on Saturday 19th May. As always, a splendid Barnstormers Comedy MC will be on hand to introduce three top acts from the UK Comedy Circuit and beyond. This month they are the delightfully daft Rob Rouse, the splendidly laconic Chris Stokes, and another great act as yet to be confirmed. Recommended for age 18+. 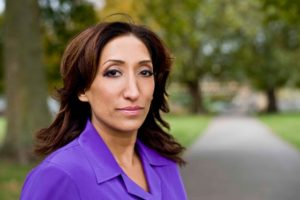 Award-winning comedian and writer Shazia Mirza returns to Artrix with her brand new show on Saturday 26th May. Following her critically acclaimed 2016, 103 date sell-out international tour; The Kardashians Made Me Do It, her latest show With Love From St. Tropez is a show about lies, lies and more lies. The truth is so 1980’s.
Recommended for age 12+.

Finally for May, Count Arthur Strong is Alive and Unplugged in the Main Auditorium on Thursday 31st May. Alone, solo and by himself, with no one with him, using the latest technology and all that (video cassettes and a projector?) he will be talking us through the highlights of his glittering TV career, with many of his trademark stories we’ve come to love him for.

Full listings and tickets for all comedy gigs at Artrix can be found www.artrix.co.uk/whats-on/comedy/ or by calling Box Office on 01527 577330.