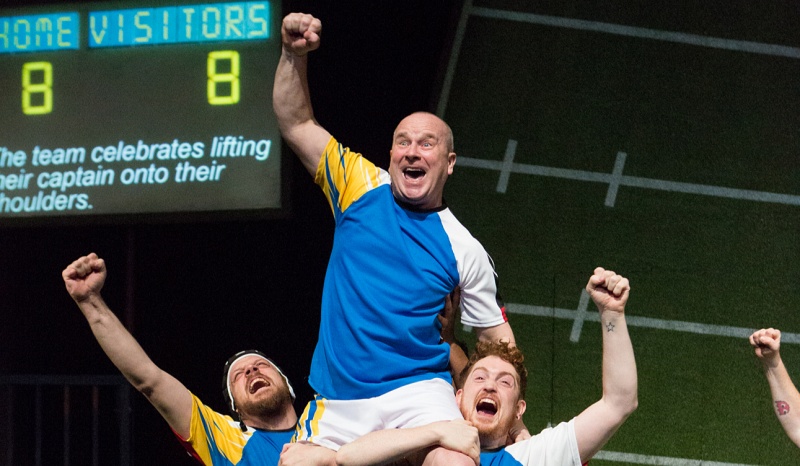 Richard Lutz takes to the terraces for a classic comedy at The Rep.

This is a thoroughly uplifting play about rugby league, pubs, northern grit and the ability to find the best in yourself.

Hapless drinkers from Hull’s Wheatsheaf Arms take on the mighty Cobbler Arms for a game of sevens. The former has never won a match, they’d rather sink pints and veg out. The latter never lose.

Gulp. Bring on old lag Arthur to whip them into shape with the help of Hazel’s Gym. But before getting into max condition, the losers have to see themselves as winners. And that’s tough enough when they can’t even muster a full squad.

Of course, Arthur has placed a wild bet that his side can win. He’s bet his house, for God’s sake. And the winner of this Yorkshire one-sided grudge match is…well, you’ll just have to go yourself to see this sparky comedy at the Birmingham Rep studio. 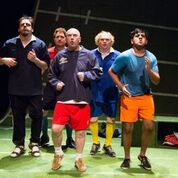 John Godber’s classic is made all the more poignant by the production itself – half the cast are deaf (as was a lot of the audience) and sign language, voice overs and overhead surtitles helped the plot to develop.Yes, some technical points were a bit clunky as translations simply had to be performed. But the physical comedy and slapstick for the Big Game itself was a right laugh.

Up N Under, produced by New Wolsey Theatre and more than a quarter of a century old, is worth the price of a ticket. C’mon Wheatsheaf, beat those smug gorillas from The Cobblers.