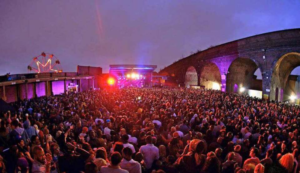 Birmingham promoters and curators The Rainbow Events, formerly known as The Rainbow Venues, has agreed to withdraw its appeal against the highly publicised and criticised revocation of its operating licence in October 2017.

All legal action against Birmingham City Council and West Midlands Police will be dropped in order to avoid any further financial impact on the team, who have signalled an intent to move away from venue operations and back towards live event promotion until major concerns around current regional licensing processes are addressed.

The Rainbow Events founder Lee McDonald said, “We are resolute in our commitment to calling for a more progressive approach to licensing through the Educate Not Revocate campaign as announced in January 2018, and extend a huge thank you to the fans, artists and industry professionals who have pledged their support to our cause so far.”

“Until the difficult and intimidating climate of licensing in Birmingham and across the UK changes, and the financial and emotional impact that it directly causes on venue owners and licensees is alleviated, we will no longer invest in the city we have previously called home.”

“We look forward to taking time out to re-energise, and continue discussions with global brands and potential major partners before unveiling further plans for the future.”

The £24,076 raised in donations since the Educate Not Revocate campaign launched in January 2018 – to assist with legal costs and a potential festival – will now be fully refunded within thirty days of today, Wednesday 21st March 2018.

The Rainbow Events will announce an Autumn programme of major events across the UK in due course.