Housing to be key issue in election fight.

The battle for control of Birmingham city council kicked off in earnest today with both major parties announcing their manifestos ahead of the election, which sees all the city’s seats up for grabs on May 3rd.

Leader of Birmingham City Council Cllr Ian Ward was joined by Labour’s Shadow Education Secretary, Angela Rayner MP, this afternoon on a visit to Erdington Skills Centre to meet apprentices, as the manifesto was launched. 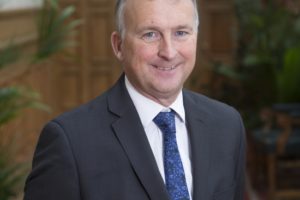 He said: “Under Labour, Birmingham is on the up. We’re building homes, creating jobs and preparing to showcase the city as we host the 2022 Commonwealth Games. Over the next four years we’ll ensure that the growth of our city is inclusive growth, where the jobs and opportunities benefit the people of Birmingham. Our message is simple: it’s only Labour that has a plan for Birmingham and we’re offering optimism, hope, a brighter future and a better Birmingham for the many, not the few.

“It’s clear that after eight years of austerity you can’t trust the Tories with our public services. But, despite shouldering hundreds of millions of Tory cuts, Labour in Birmingham has been making the right choices and the city is on the up.

“Labour has big ambitions for Birmingham that go above and beyond the provision of council services and we want everyone in our city to share in this city’s success. We’re immensely proud of this manifesto – it builds on Birmingham’s rich heritage but also outlines how we create a new municipal socialism that benefits all. Labour will ensure that Birmingham will flourish and allow everyone to participate to their full potential.”

Angela Rayner MP, Labour’s Shadow Education Secretary, said: “Birmingham Labour has produced a fantastic manifesto for the people of Birmingham. They’ve put jobs and skills at the centre of their offer – and Labour know that supporting our young people, giving them the skills they need, is central to a city and a society that works for all.

“I’ve had a brilliant visit this afternoon to Erdington Skills Centre. Birmingham is one of Europe’s youngest cities and we need to embrace all of that talent and make sure we can retain it right here in Birmingham. Labour in Birmingham will build on the success of the Birmingham Youth Promise as well as lunching new innovations such as a Skills Fund that will offer grants to small and medium sized businesses.”

Earlier, the Conservatives unveiled their plans to get rid of every single council owned high rise tower in Birmingham if they win the May election in what they described as the biggest shake-up of housing for seventy years.

They say they will demolish or sell off all council-owned towers blocks over ten years, replacing them with houses or low rise blocks in a bid to give every citizen a decent home.

Conservative leader Robert Alden said, “Every resident of Birmingham deserves to live in a decent quality home. Sadly too many tower blocks in this city are blighted by anti-social behaviour and litter. Birmingham Conservatives say enough is enough we will build the houses need to give everyone a quality home to live in.”

“These days the dream of owning your own home is often out of reach for many residents in Birmingham. We want all young people in our city to be able to own their own home if they wish. Therefore, as well as ensuring the building of enough properties, we will work with developers to ensure an increase in the number of affordable for sale properties.”

“The failure to build suitable housing has changed the character of our mature suburbs, and it makes it harder to tackle the housing shortage. Many houses in Birmingham were built over 100 years ago and still provide good family homes. Yet some new homes are built to last only 30-50 years. This is not sustainable and means we will have to build even more homes in the long run to house the city.”