Comedian Lou Conran talks to Dave Woodhall about loss and her new show.

Good comedy is often not far from tragedy, so we’re told. Even so, the death of an unborn child must still be an unlikely scenario for a show that played Edinburgh prior to going on a nationwide tour. Lou Conran tells us how it came about.

“It’s about the hilarious topic of my experiences when I found out that there was something wrong with my unborn baby. I had no other option than to terminate the pregnancy because the baby wouldn’t have survived. It’s a difficult thing to get through and along the journey I found out that people don’t really talk about baby loss so I thought using my comedic talents I could write a show about it. I was slightly concerned that nobody would come along but people did and they enjoyed it.” 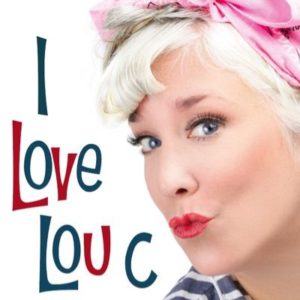 You must have heard some heart-rending stories from others who have suffered similarly.

“That was the one thing I thought when I started the show in Edinburgh, that I would get people talking, but I wasn’t prepared for just how many would want to show up and have a chat. It was great that they felt they could share their experiences. People don’t talk about it and the one thing that they said was the things that happened to them before and after, the ridiculous things that happened in hospital, the events leading up to it, so it was quite harrowing but there’s a lot of sharing of experiences.”

You must also have had to deal with a few what could politely be described as insensitive comments.

“Yes, I have. Some people don’t know what they’re saying to you. It’s quite funny, they’ll come round and they can’t not say anything. I have some close friends I’ve not really spoken to because they don’t know what to say. I had someone say, ‘You’ve lost weight’ and then someone else said, ‘Ooh, you’ve got loads of presents. You should lose a baby more often’. Things like that make me think, ‘I know what you’re trying to do but you’ve got it a bit wrong on this occasion’. It’s all part of putting out the situation, they just don’t know what to say.”

Have you had the situation as well where some will avoid you, because in some way they think you might be contagious?

“I don’t think so. Because it’s such an unspoken subject, one of the great taboos, you don’t talk about the death of a child, so they don’t mention it or won’t speak to you ever again. But I’ve had friends who’ve been through similar things and I didn’t know until I spoke about it.”

It’s remarkable how things happen and you don’t know they’ve also happened to others, sometimes who are quite close to you, until you make them public.

“That’s it. I’ve had people saying they’ve had similar situations and I do wonder why we don’t talk about it. It really helps me talking to friends and it happens to so many people so often. It helps men especially, talking after the show. It starts a conversation they haven’t had, that I certainly haven’t had, and it can be very cathartic.”

Moving away from the current show, you were once a warm-up for Jeremy Kyle.

“Only a couple of times. It’s not worth mentioning.”

That’s a pity, if only because there might be a big gap here. What about your time on Emmerdale then?

“I was an abattoir worker in one episode and I had a little scene, which was quite exciting.”

That’s different, but I suppose on the whole, stand up’s better than those two jobs.

“Stand up leads to all sorts of things. I was on First Dates Hotel, which was wonderful. I still get people coming up to me and taking about it.”

“I wouldn’t say that. I did the hotel show in the middle of all the awful stuff that was going on and it was a bit of light relief, but it’s typical that you’re remembered for one little bit of telly rather than for twelve years of stand up. I’d like to be in the jungle though, that would be a challenge.”

Do you find that when people know you’re a comedian they try to be funny to you?

“Oh yes. That was the thing about First Dates, once they knew I was a comic they thought they had to be funny, tell jokes and I was thinking, ‘God no, please be normal. Let’s have a proper conversation’.”

And what does make you laugh?

“Just everyday situations. The stuff that you can write about, everyday occurrences. There’s always something ridiculous going on. It’s those things that if you tried to sit down and write them you’d never think of

“I still find people, falling over funny, and bodily functions. I don’t think I’ve matured in any way, shape or form. I hope I never grow up. I might have to have a proper job then and I’m quite happy going on stage and trying to be funny. Doing gigs is a joy and I can’t believe I get paid for it.”