Blues went down 6-1 to Hull City on Saturday, with Andy Munro distinctly unimpressed.

There’s stuffings and stuffings and this was one of Bernard Matthew’s proportions. In fact it only just ranks below the horrid stuffing we received, again under a caretaker, from Bournemouth post-Lee Clark. 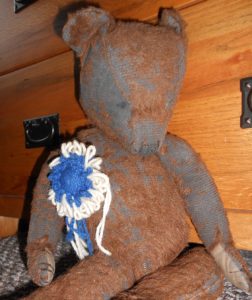 Perhaps, not surprisingly, Lee Carsley, obviously a proud man, sounded like Clark at his most depressing in his post-match interview. He took the blame saying that it was his decision to stick with the same side from Wednesday. Yet, if there’s to be a cohesion, the side can’t just be chopped and changed and, in my view, ally that to the series of hamstring injuries then there is something badly wrong with the conditioning regime. It has to be said that even on Wednesday, Blues just about pulled the fat out of the fire after a lacklustre performance in the first period.

This lack of energy and impetus must also be put down to the team not being a team pulling together and it seems that the new players aren’t gelling with the new ones despite the £14 million invested…only at the Blues.

We were torn apart in midfield and this, in turn, exposed the defects in our defence – and there are plenty. Davies and Gardner couldn’t cope, which is a worry, and the lest said about N’Doye the better. Certainly, he’s like the legendary ‘Wardrobe’ but the MFI version not the footballing one. Light at the end of the tunnel?….only a glimmer.

Kleftenbeld has to be restored to the line up, N’Doye dropped along with the suspect Nsu who should be replaced by Colin playing on his natural side. This allows Bramall to come in as goodness knows we need pace at the back. Roberts has to come in for either Morrison or Dean and Boga should play wide and use his skills there instead of the lightweight Maghoma. Restore Jota and Adams into the mix and maybe we’ve got a chance.

Meanwhile I’m feeling like my 60 year old teddy, retrieved from the loft ready for the birth of a grandson. The stuffing’s been knocked out of me.