A strong pipeline of investment into the region, and a growing network of business support, are encouraging companies to employ more staff in Greater Birmingham, according to GBSLEP Chair Steve Hollis: “This region is entering an exciting period of change, with huge levels of investment developing our transport infrastructure, upskilling our workforce and supporting the growth ambitions of our businesses. The ongoing transformation of Greater Birmingham demonstrates that this is a highly attractive place for companies to locate and grow – generating thousands of jobs in the process. 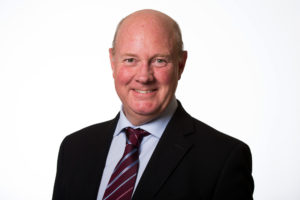 “Boosting job creation across Greater Birmingham opens up new and exciting opportunities for the people who live here. By improving employment levels, the region is creating more prosperity, inspiring entrepreneurialism, and maintaining a high quality of life. It is imperative that GBSLEP continues to support and finance a range of business support programmes to ensure that we will meet, and hopefully exceed, our ambitious job creation targets.”

GBSLEP partners with the public and private sectors to support several initiatives across the region that aim to boost business growth and job creation. Its Growth Hub acts as a single point of contact for growing businesses that want advice on areas ranging from recruitment to exporting. Finance administered by GBSLEP from the Local Growth Fund helped to open Innovation Birmingham’s Universities Centre in 2016 – which helps SMEs to work more closely with local universities – and complete the East Staffordshire Growth & Regeneration Programme, which aims to create 700 new jobs.

Greater Birmingham is home to nearly 80,000 companies, including 1,544 international firms. Its local economy grew by 4.7% in 2015, the highest increase of any core city LEP area in the UK – with the region’s GVA now worth £44.5 billion.