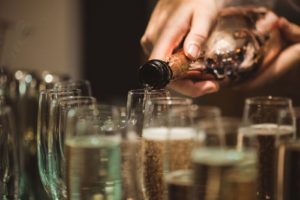 Marco Pierre White Steakhouse Bar & Grill in Meriden recently welcomed over 130 guests from across the local business and media communities to officially announce its arrival in the region.

Located in the picturesque village of Meriden at the four star Best Western Plus Manor Hotel, Marco Pierre White Steakhouse Bar & Grill is situated conveniently within minutes of the NEC, Birmingham International Airport and the National Motorcycle Museum.

The launch of the restaurant was marked with an evening of entertainment including fire eaters and live music, as well as cocktails and delicious canapés and tasters from the menu.

Seating 120 diners, in addition to a dedicated bar, and a private dining room for 14 guests, the restaurant has already become a must-visit for local food lovers and hotel guests.

Featuring timeless English and French classics, the Steakhouse Bar & Grill menu is exclusively curated by Marco himself. All delivered with Marco’s unique flair, the menu includes a mix of childhood favourites and modern day delicacies – ranging from Welsh Rarebit and Chicken Kiev, to Baked Camembert and a selection of 28-day aged native breed steaks.

Marco, once the youngest chef to hold three Michelin stars, said: “Meriden is an idyllic location for my latest restaurant, and is the perfect backdrop for guests to enjoy the affordable glamour of MPW Steakhouse. My restaurants are not stuffy and pretentious; instead they are about enjoying your visit, with excellent food and drink in luxurious, relaxed surroundings and quite simply having a good time.”

Richard Marsh, General Manager at The Best Western Plus Manor Hotel, added: “We’re extremely excited that Marco Pierre White Steakhouse Bar & Grill is now officially open. The restaurant has already proved hugely popular and I’ve no doubt it will continue to flourish in the beautiful surroundings of Meriden.”

To find out more about MPW Steakhouse Meriden or the Best Western Plus Manor Hotel or book a table, call 01676 522735 or visit