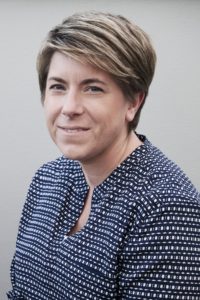 Created in partnership with employers in the rail industry, the new level 4 qualification will ensure that students of the college learn the transferable higher-level skills that employers need to kickstart Britain’s new high speed rail industry and other major infrastructure projects.

The National College for High Speed Rail is the largest of five national, employer-led colleges which has been created by the Government to help students develop world-class skills.

The new level 4 HTC is only available to study at the college’s two campuses in Doncaster and Birmingham, which are both set to open their doors this September. The UK currently has a shortage of 69,000 engineers a year and Britain’s move into high speed rail will create 25,000 new jobs through HS2 alone.

The new HTC has been designed to give students a thorough grounding in the high-speed rail industry and will last for one year for students who are studying full-time, and two years for those who are studying part-time. Those who complete the qualification will have the option to progress to a Higher National Diploma equivalent, which the college will be adding to its curriculum at a later stage.

Learners who take the new HTC in High Speed Rail and Infrastructure will be mentored by an employer and spend a third of their time on a work placement, ensuring they have all the skills and experience they need to hit the ground running in the workplace once they graduate.

Learners studying for the new HTC will complete the core skills module, an advanced skills module (either in core engineering principles or business and management of the rail network), along with an introduction to a particular specialism.

In addition to the HTC, the college is also offering high speed rail and infrastructure technical apprenticeships, and operations and departmental manager apprenticeships, with a limited number of places for these courses (via employers) beginning in September 2017.

Clair Mowbray (pictured), chief executive for the National College for High Speed Rail, said: “Our new HTC in high speed rail and infrastructure is a landmark moment in the development of the curriculum of the college as we put in place the foundations to ensure that British students learn the world-class skills that employers need.

“As an employer-led college we are working with industry to help play a major role in helping reduce the UK skills gap in engineering and produce a new generation of engineers equipped with the skills that businesses need.

“The National College for High Speed Rail is the gateway for young people to learn the skills they need to take up a once-in-a-generation opportunity to work on HS2 as Europe’s largest and most exciting infrastructure project, as well as future phases of high speed rail and other important infrastructure projects.”

Andy Street, Mayor of the West Midlands, commented: “One of the main priorities with HS2 is to ensure we maximise the benefits for people and particularly young people in the West Midlands.

“One of the reasons we were so keen to secure the National College for High Speed Rail for the West Midlands was that it helps to put our region at the centre of a global industry and, crucially, means our young people can take advantage.

“The College will provide fantastic opportunities and the announcement of this particular course will add an extra dimension to what is on offer.”