World-class music, theatre and film are amongst the attractions.

Extraordinary talent, amazing events and unique experiences are the hallmarks of the 2017 Lichfield Festival which runs from 7th-15th July and features a vibrant mix of music, film, theatre, comedy, dance, family events, walks, talks and visual arts. One of the most eclectic multi-arts festivals in the UK, Lichfield is a nine day melting pot of world-class entertainment, creativity and family fun set in the glorious surroundings of the beautiful Staffordshire city. 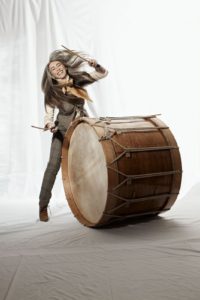 For the Festival first night on 7th July, The Hallé Orchestra perform Beethoven’s Third Symphony and are joined by young American pianist Andrew Tyson for Rachmaninov’s glorious Paganini Variations. Other classical highlights include percussionist extraordinaire Dame Evelyn Glennie, wine writer Oz Clarke and Armonico Consort in an entertaining exploration of the links between wine and music, and a welcome return for The Sixteen’s Choral Pilgrimage following their sell-out appearance in 2014.

Festival focuses include a look across the pond to America with a celebration of Broadway legend Richard Rodgers featuring a cast of West End and opera house singers and Chethams Symphony Orchestra. Europe’s finest female a capella group Black Voices are reunited with Lichfield Gospel Choir – the community choir they created in 2009 – for an evening illustrating the wide appeal of African American Spirituals. There’s an American-inspired programme from Orchestra of the Swan including Dvořák’s New World Symphony and Gershwin’s jazzy Rhapsody in Blue played by 18-year old pianist Thomas Nickell, dubbed ‘The American Mozart’. Th

Closer to home, the bi-centenary of Jane Austen’s death is marked with Pride and Prejudice – the words of Jane Austen interwoven with music by Carl Davis and performed in a drawing room setting, with Matthew Trusler (violin), Ashley Wass (piano). There’s a chance to re-live the BBC’s famous Pride and Prejudice with an all-day screening of the entire six-part series starring Jennifer Ehle and Colin Firth. Author Professor Emma Clery delves into new research on the Austen family relationships and Rebecca Vaughan brings 13 of Jane Austen’s heroines to life with illuminating observations of Austen’s Women.

2017 is also the 300th anniversary of Lichfield’s own David Garrick. His theatrical legacy is marked by a staged reading of the two winning plays selected from nationwide entries to the Garrick 300 Playwriting Competition.

Other highlights include top comedians Rich Hall, Hal Cruttenden and Zoe Lyons, regular faces on TV shows such as Live at the Apollo and Have I Got News for You. BBC Radio 2 Folk Award winner Seth Lakeman visits with acclaimed Anglo/Americana trio Wildwood Kin, and five-time Grammy winners, The Swingles’ musical tours around the world form the inspiration for their concert.

The city art trail returns by popular demand. This year’s decorated models are inspired by Aesop’s fable of The Hare & The Tortoise and will form a trail around the streets with associated activities. The ever-popular Festival Market is back, and other events for families include Showstoppers for Kids – an improvised musical show where the audience decides where the show is set and what happens next – and an adaptation of David Walliams’s The First Hippo on the Moon with puppetry and music.

Sonia Stevenson, Artistic Director of Lichfield Festival said, “It has been a privilege to put together the West Midlands’ premier multi-arts festival which, once again, brings extraordinary talent, amazing events and unique experiences to the city. With a rich programme, brimming with cultural goodies, I hope everyone will find a must-see event (or five!). Join us in July for this summer’s hottest ticket and a fantastic day out in one of Britain’s most picturesque cities.”