Richard Lutz takes his pew for a new comedy by the Royal Shakespeare Company. 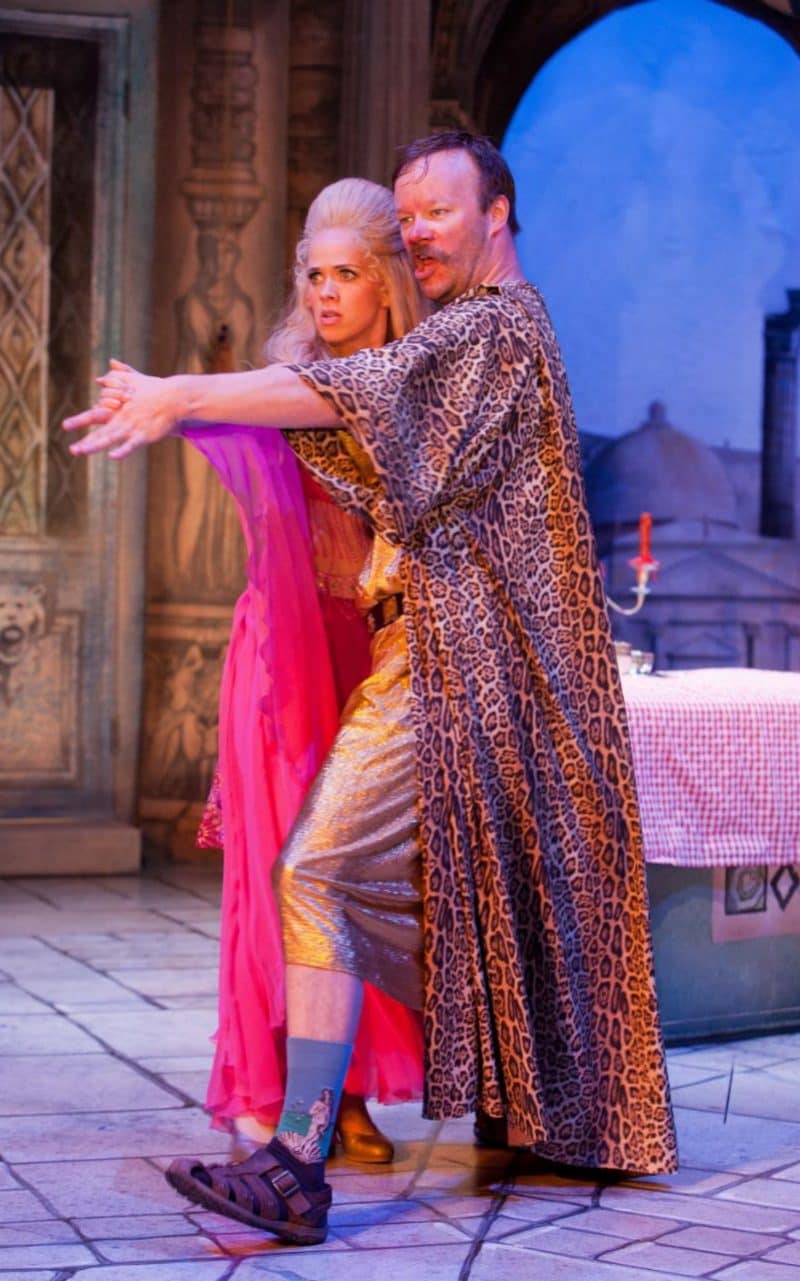 The streets of Stratford seem awash in blood and mayhem these days as the Royal Shakespeare Company rolls out its Rome Season with the help of Big Jules, Tony, Cleo and good old Titus. Maybe the town needs a change of pace to lighten things up: how about re-working an ancient play by Roman funnyman Plautus?

Writer Phil Porter has taken a millennium-old caper involving an empty-headed general called Braggadocio, his clever slave who engineers love affairs and a beauty called Voluptua. Get where this is going? Vice Versa is, at best, a hash-up halfway between Frankie Howerd’s Up Pompeii and Carry On Cleo. At worst, it is a hash.

But the farce is saved by an outstanding cast of japesters and comedians. Felix Hayes is an outrageously sweaty and empty-headed Roman general with the face of a carbuncle (as above) who is duped and duped again by wily slave Dexter – played with panache by Sophia Nomvete.

Ellie Beaven is the concubine Voluptua and also a phantom twin sister who pulls every trick in the book to meet with her real lover Valentin, played by actor Geoffrey Lumb as one of the thickest lead men ever to tread the boards. But they have their work cut out for them. Porter’s script is under-developed. It’s in need of a real re-write and probably being cut back by fifteen minutes. The  farce becomes tired – never a good thing in comedy.

The madcappery is just not madcap enough. The jokes are not sharp enough. Better to stick with the masterpiece in this Roman re-write business. Mr Porter could learn a trick or two from the people who put on another Plautus re-write fifty years ago and called it  A Funny Thing Happened on the Way to the Forum. It was produced for stage and film and starred Zero Mostel.  It was zippy, frantic, knowing – and funny. It effortlessly delivered laugh after laugh. Unlike Vice Versa.