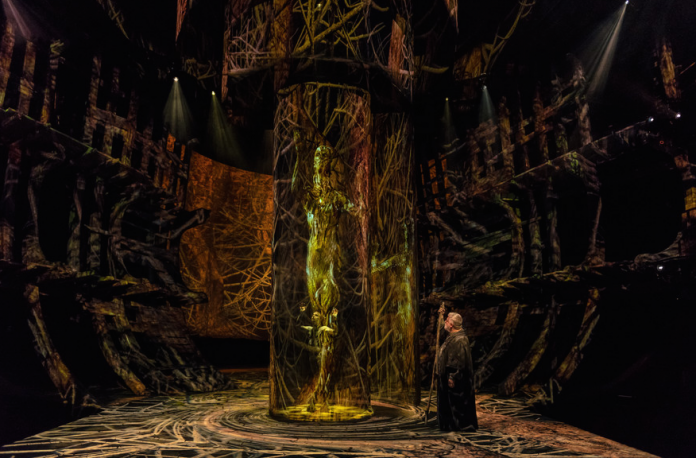 Imagine a 30 foot high Ariel towering above Propero – that’s what you get in this groundbreaking performance, says Richard Lutz

When The Tempest first hit the boards more than 400 years ago, England was alight with new fancy hi-tech extravanganzas. They were called masques. There was new use of light, there was illusion, there were spectacular effects such as gods descending from cradles, chariots flying above,  roiling seas made of fabric populated by sea horses and dieties, sound effects, music and, even, animals.

This new stunning evolution was a rip roaring success, engineered many times by Ben Johnson and Inigo Jones. King James loved it. So did audiences. Now The Royal ShakespeareTheatre in Stratford has shaken it up and used The Tempest to launch the 2016 version of hi-tech. And boy, does it work.

Director Greg Doran elicits the help of both Intel and London based Imaginarium Studios to create live capture performances from the sprite Ariel. The actor towers at times over mere humans (see above)  becomes a digital avatar, spinning, flying and twisting up and behind the stage. It is not a recording, say the producers, but a live and spectacular performance by Mark Quartley. 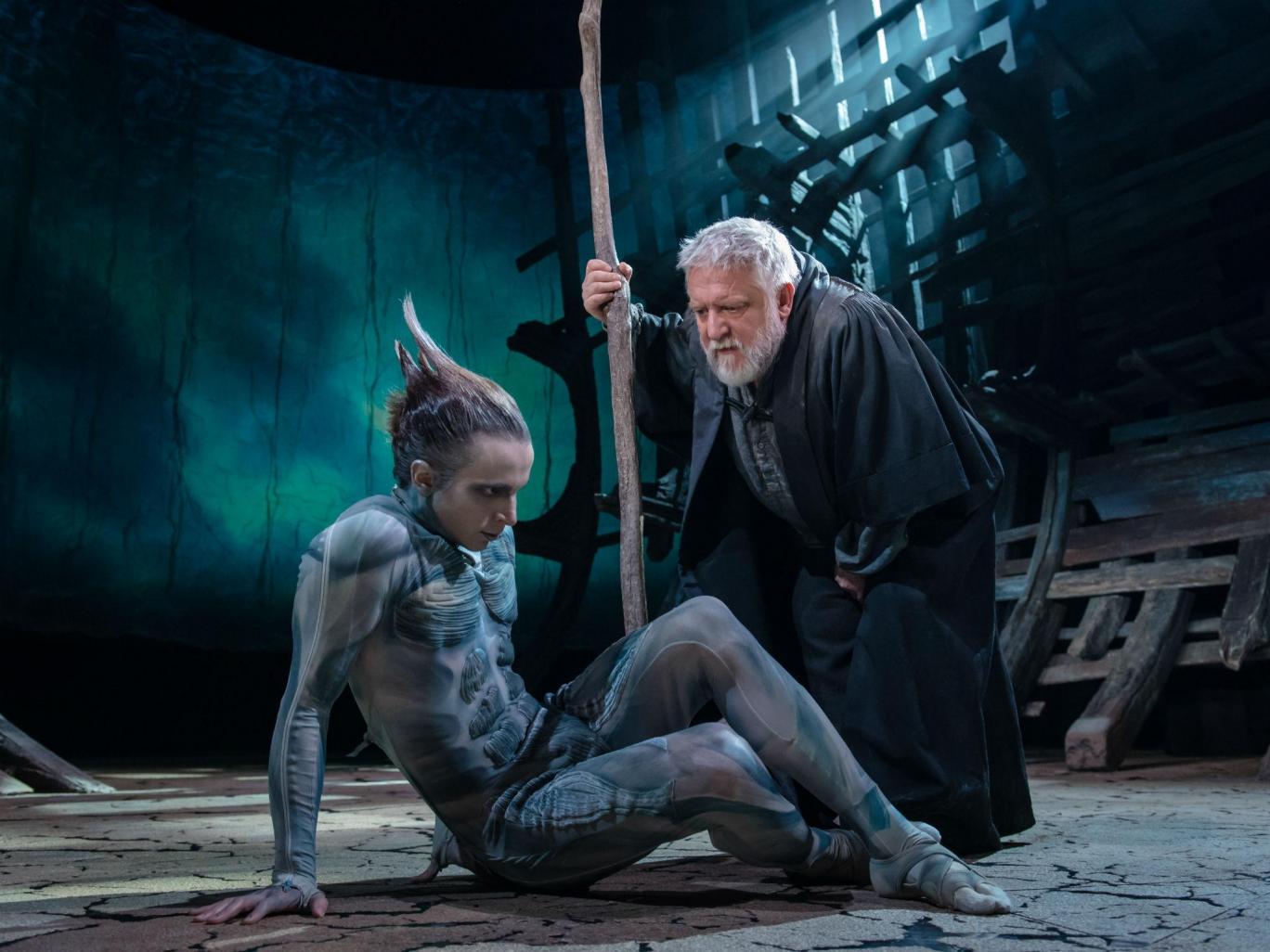 This is how it works: his costume has sensors embedded in it which picks up movement and creates a moving apparition on the main stage’s backdrop. It can appear on a backdrop, or the flow of stage fabric. It is spooky, eerie and magically captivating.

But does the hi-tech high-jinks overwhelm the play?

The Tempest is about words and the power of words. And, happily, the answer is “no”.

Prospero, as played by veteran Simon Russell Beale, is a vulnerable magician immersed  in his books and magic and, above all, his need to revenge  those that deposed  him in a court putsch. And on his magical island  and with his lonely daughter Miranda. he worries rather than rages, a wizard who never turns away from his humane side. This Propero is not a demi-god nor a power freak. But rather ie is kind, a doting father and confused by his failing powers.

The Tempest is, above all, a play concerning an ageing father and a daughter. Shakespeare wrote about this alot in the late plays: think Cymbeline, Lear, The Winter’s Tale, Pericles. And no wonder. After his son died, he raised two daughters. And Beale and Jenny Rainsford (as Miranda) create a viable realism about this relationship.

Hats off, of course, to Doran the director for a year-end high in this, the 400th anniversary of Shakespeare’s death. I am sure this production will travel the world after its Stratford and London run, with its  solid cast, its sensitive treatment of a great play and, of course, all the bells and whistles of digi-Shakespeare.