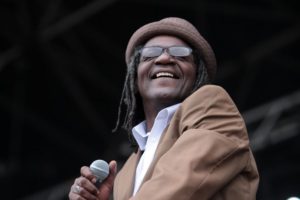 You’re on tour including a date at Birmingham Town Hall in December. That would normally mean a new album.

“It should have been out now but the record company won’t release it until March, because they want all formats out at the same time. People collect vinyl but they won’t buy it if the CD is out first.

“We’ve got the Judge Roughneck tour sorted which should be coinciding with the release, the next thing we hear is that it can’t come out unti March because that’s how long it will take to get the vinyl pressed. So we have a tour with nothing to promote.”

But you do have a big rude boy night out, with Talisman and Buster Shuffle also on the bill.

“Talisman have played with us a lot before, they’re a reggae band that have been going a long time. The others I don’t know too much about. Yes, everyone should come out to enjoy themselves.”

When the album does surface, what’s it going to be about?

“Yes, with three or four of my favourite covers. You want to know what they are? You’ll have to wait.” 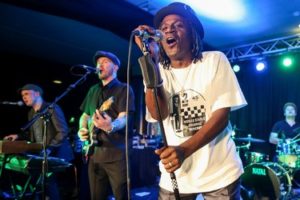 “I’m touching wood and everything. I’ve had two strokes and I suffer from epilepsy. That’s why I left the Specials, because they didn’t understand at the time. All the big boys are going. Bowie, Prince, Leonard Cohen, Prince Buster.”

And as for the rest of the world, you dont know what’ll be happening next.

“I was watching that programme the other night about the black nurses who came over to Britain. I came over in 1960 but luckily where I moved to wasn’t as bad as some of those places they were living in. But it’s coming right back now with Eastern Europeans. Dump them in the bad areas, they’ll do the worst jobs and they’re fine to do it because it’s more than they were earning. Same as the Jamaicans in the fifties. And it’s coming back. Close the border, close it all down.”

It’s certainly a rich source of material for a new band. If you were starting out now, what would the Specials be writing songs about?

“I used to DJ about what was going on – stop your messing around and all that, talking about getting in to trouble so I guess I’d be dong that. It’s be songs about growing up. That’s whwere the toasting came from, talking over the music. In Jamaica they used their toasting as a newspaper.

“I’ve done one song on the album called Politician Man. I’m still doing songs about politics, my wife Christine’s got one out called The Border, ‘Across the border people are dying’ so she’s very political in what she writes.”

And the obvious question, the one you must get tired of answering – is there any chance of you geting back with the Specials?

“You’re having a laugh. The only time I enjoyed the Specials was the original, and then the first tour back. After that it went downhill.”

A few years ago Horace said he didn’t want them to turn into an office party band and now there’s three of the originals left.

“And that’s what they’re about. I put three albums out before the reunion and I suggested, because nobody was writing, we each choose two of our favourite songs to record. It went like a lead balloon. And what are they doing now? All the same songs from the originals. I’ll play them because the audience wants to hear it but I don’t do it day after day after day. All my songs I play are either different or go down well with the crowd. We’re exciting on stage, I can’t jump around like I used to because of the car crash I had but we move around, we enjoy ourselves.”

A ska gig now is like a gathering of the old clans, whereas in 1979 when musical tribalism was at its height you could get killed over the length of your hair or the width of your trousers. Perhaps we’ve finally grown up.

“Back then you had white guys who might not have been into the music and the black guys who thought that the skinheads were into the National Front. They didn’t want to mix but they’d come to one of our gigs and they all got on, they got the message and the ones that wanted to Sieg Heil got found out. Now my wife puts on ska nights twice a year. She gets all the old artists, all the new young bands playing ska, and she brings over the old Jamaicans, people like Ken Boothe, Dave & Ansil Collins, Susan Cadogan, everybody enjoys themsleves.”