The FBI confirmed today that agents are sifting through millions of private e-messages send by the Republican candidate Donald Trump to the British monarch Elizabeth the Second.

They had been forwarded to Washington confidentially by a Buckingham Palace courtier who is said to be unhappy about Trump’s lurch towards insanity in the past few weeks. 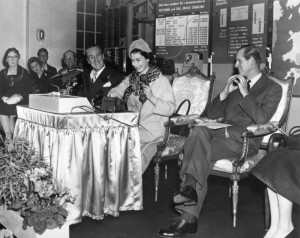 In the first batch, put online by the Wiki-Howard website, Mr Trump made a plea that she back him for his White House bid. One segment, sent on 23 October, says:“Elizabeth, you are so good and I am such a badder boy. Please call me again so we can talk so honestly and we can get it on. It would be so beautiful.”

In another, referring to his business background, Trump notes: “You got billions hidden away in the Caymans and so does me (sic)

“Let’s talk. I think as fellow American peoples, we should get to know each other even betterer.”

Mr Trump, who is more than two decades younger than the Queen, also intimated they shared ‘special time’ together in a Cape Cod hideaway in between one of his four corporate bankruptcies. “I may be in the red. But I’m blu without yu,” an email is quoted as saying. He signed himself as ‘Mr Cuddles’.

Hillary Clinton said these missives showed Mr Trump could not be trusted. “Imagine having a secret email account and using a private server,” she opined. “What kind of person would do that?”

Read all 1.2m emails sent to Lovely Liz on The  Wiki-Howard website. Or send cash to Lord Elston’s Charity Fund for Sick Kids.

One thought on “Howard Shocker: Trump’s secret emails to the queen (of Ingerland)”