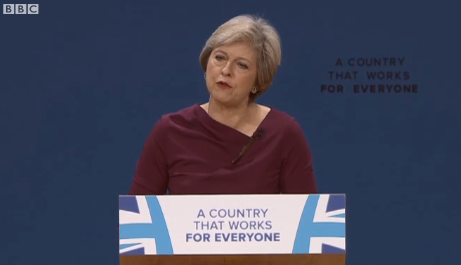 Will Mapplebeck, a Newcastle-based lobbyist, attends the party conferences. Here, he drinks in the Tory knees up

Journalists, politicians, and party activists, all swimming in a sea of room temperature booze, buffet lunches and small talk. It’s most people’s idea of hell, but I find it strangely enjoyable.

One tip, if you’re a recovering alcoholic or detoxing, try to avoid conference season. Both Labour and Conservative events are soaked in the hard stuff. Most people, from senior party figures to lowly activists, appear to be trolleyed on copious amounts of free hotel-branded Merlot and Savignon Blanc.

The drinking starts at lunchtime and tends to continue until the small hours. This year, at the Conservatives, I went to a reception that started – yes, started – at 11.30pm. Predictably by then, everyone was steaming drunk. Too drunk to hear the Secretary of State when he started speaking just past midnight. But being a capable politician and probably the only sober person in the room, he sensed the mood and cut to the chase, urging everyone to elect more Conservative councils and drink even more – to loud cheers and another stampede to the free bar.

Walking out of the conference hotel in the small hours, past a number of distinctly refreshed cabinet ministers and MPs, I got to wondering what politicians in ‘dry’ countries do to oil the wheels. How does stuff get done in countries where alcohol isn’t culturally acceptable?

What else, apart from the alcohol? It was well reported that Labour was ‘flat’, and Liverpool did seem strangely empty. Most of the delegates I met were depressed at the state of their party and British left.

And I thought Labour also displayed a noticeable policy vacuum.At their best, party conferences are political festivals full of interesting and dynamic events that sketch out the big ideas of UK politics. At Labour there seemed to be little of this.

Conservatives had the better fringe and, in my experience, the better events. One I attended with Policy Exchange and Conservative Home on the concept of social reform was outstanding.

It left me thinking that part of the centre left’s problem might be its paucity of bright new ideas and thinkers and a lack of intellectual ‘heft’. At the minute, the right appears more willing to engage with the big ideas – everything from drug reform to devolution.

And one more thing struck me about Conservatives in Birmingham – a noticeable lack of triumphalism. Given the state of the British left you might expect your average Tory activist to be doing the Samba down Broad Street, but the shadow of Europe and Article 50 hung over this conference, creeping into fringe discussions and ministerial speeches. It was quieter and more reflective than it should have been.

But I’m writing this watching the news from Syria – close to 100 children have died in the continued bombing of Aleppo in the last 24 hours. News like this underlines the essential meaningless of these boozy annual political jamborees.

2 thoughts on “Trolleyed, boozed up, smashed and receptions that start just short of midnight- welcome to the party conference circuit”