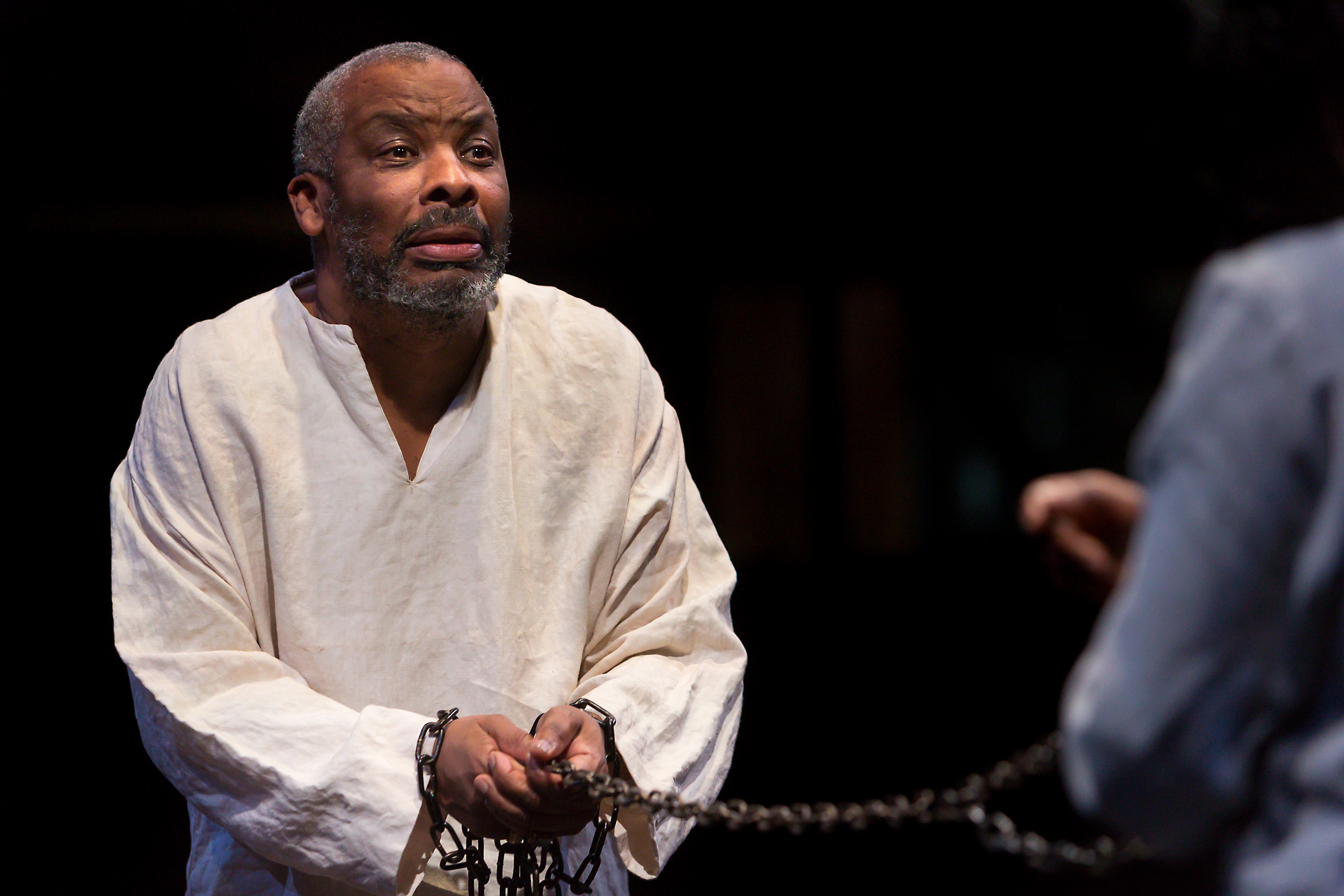 An old man gives up his throne and divides his kingdom in three. But the most beloved of his three daughters, Cordelia, won’t vow hollow words of love. For that she suffers. And for that old King Lear heads for the blasted heath and descends into windblown madness.

Don Warrington (above) as a leading member of The Tarawa Theatre Company changes gear fluidly, from raging, barking Lear whose kids won’t listen to him to a demented, confused doddard with nothing left to hold on to. It is an admirable stab at this towering role as he descends into dementia only to tenderly hold his youngest daughter’s body after she is hanged in prison. 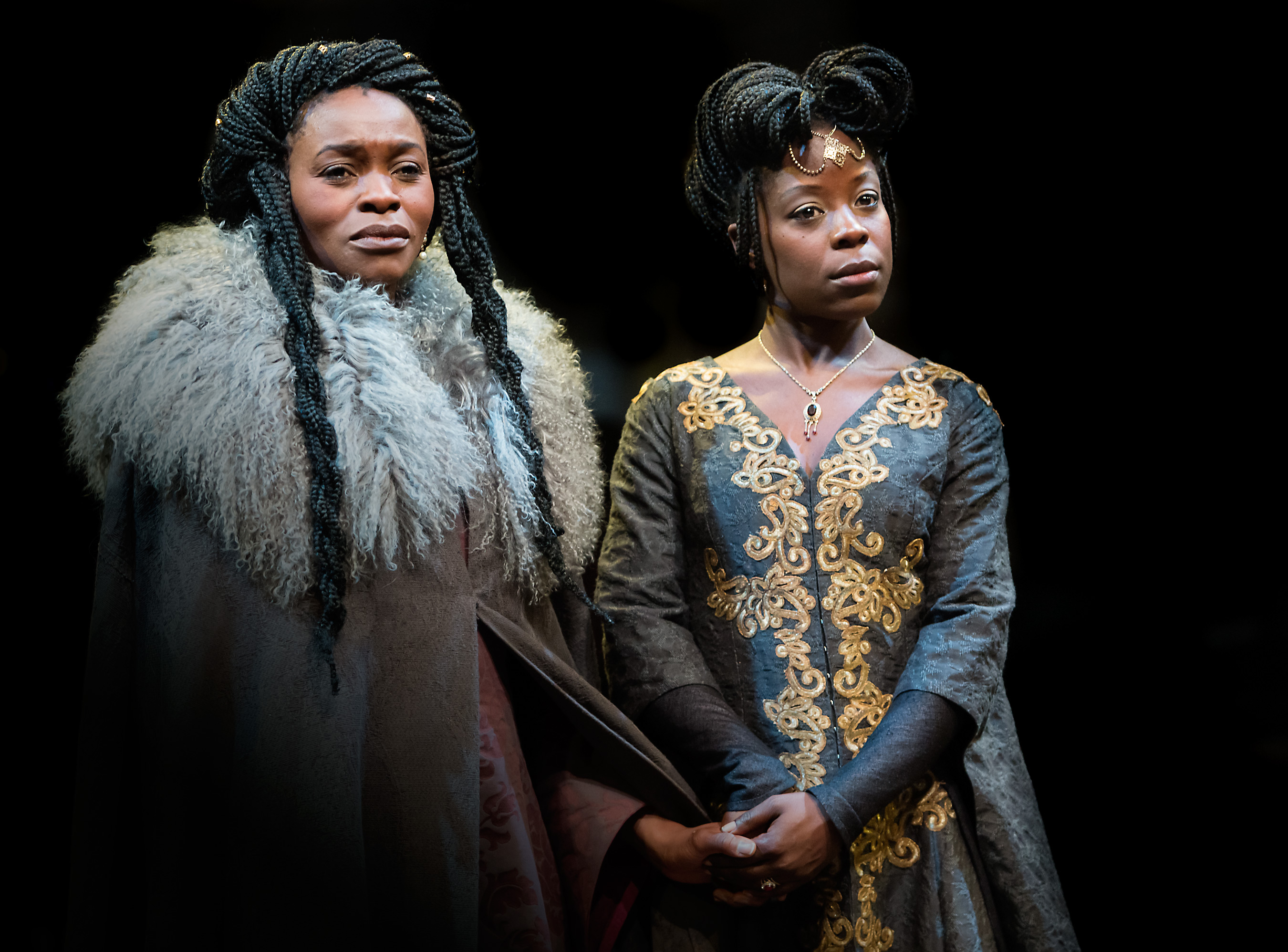 Hats off to the three sisters, Rakie Ayola as a strong-willed, violent Goneril, Debbie Korley as a a vengeful Regan out for power and Pepter Lunkuse as a sweet Cordelia, the king’s favourite, who earns a backbone of steel when she leads an army to re-invade Britain.

Unfortunately, some of the heavyweight script – forceful, darkly poetic and a strangled cry from the soul – is lost in the vastness of the Rep stage and theatre. Some wayward diction didn’t help. And this weakness means those raw scenes where the mad king howls into the wind about his lost world and his lost mind are weakened. The horror was diluted. At times, the words are hard to grasp.

But one of Shakespeare’s recurring minor themes is well played – that of a father wrestling with estranged daughters. which is repeated again and again in later plays (the author had two daughters of his own back in Stratford). Warrington’s Lear just can’t understand why  he is being abandoned, chucked away like yesterday’s vellum.

Supporting roles were well fleshed out: Thomas Coombes adds a touch of campy humour with his preening, posturing Oswald. Fraser Ayres could not be improved upon as the bastard son Edgar, whose poisonous, jealous monologues to the audience are up there with Richard the Third or Iago.

Design is stark – as befits an Iron Age Britain – with a bleak set reflecting the heathlands and destroyed heart of Lear’s internal world. A raised disc of earth helps with creating dimensional space and is hard to better when it comes to re-creating one of Shakespeare’s greatest plays.