Featuring Le Mans-style cars, a field of 26 self-driving robotic vehicles will contest the race, comprising teams competing in either the World Touring Car Championship or the FIA World Endurance Championship, such as Audi, BMW, Jaguar, Mercedes, Nissan, Porsche and Toyota. Technicians from Google will support each team whilst, to help create an air of familiarity for race goers, each vehicle will have a state of the art Artificial Intelligence (AI) robot in the driver’s seat.

FIA President Jean Todt said of today’s announcement: “Truly this is the dawn of a new era for motor sport. However, the technology is in its infancy and thus the competition rules must reflect this. On a conventional racetrack these cars are capable of reaching over 200mph but for safety reasons around the streets of Birmingham they’ll be limited to a top speed of 160mph. Despite this, we still expect the racing to be ultra-competitive and, with driver safety not a consideration, I am certain that the teams and the Google technicians will produce a truly memorable and spectacular motor sport event for the people of Birmingham.” 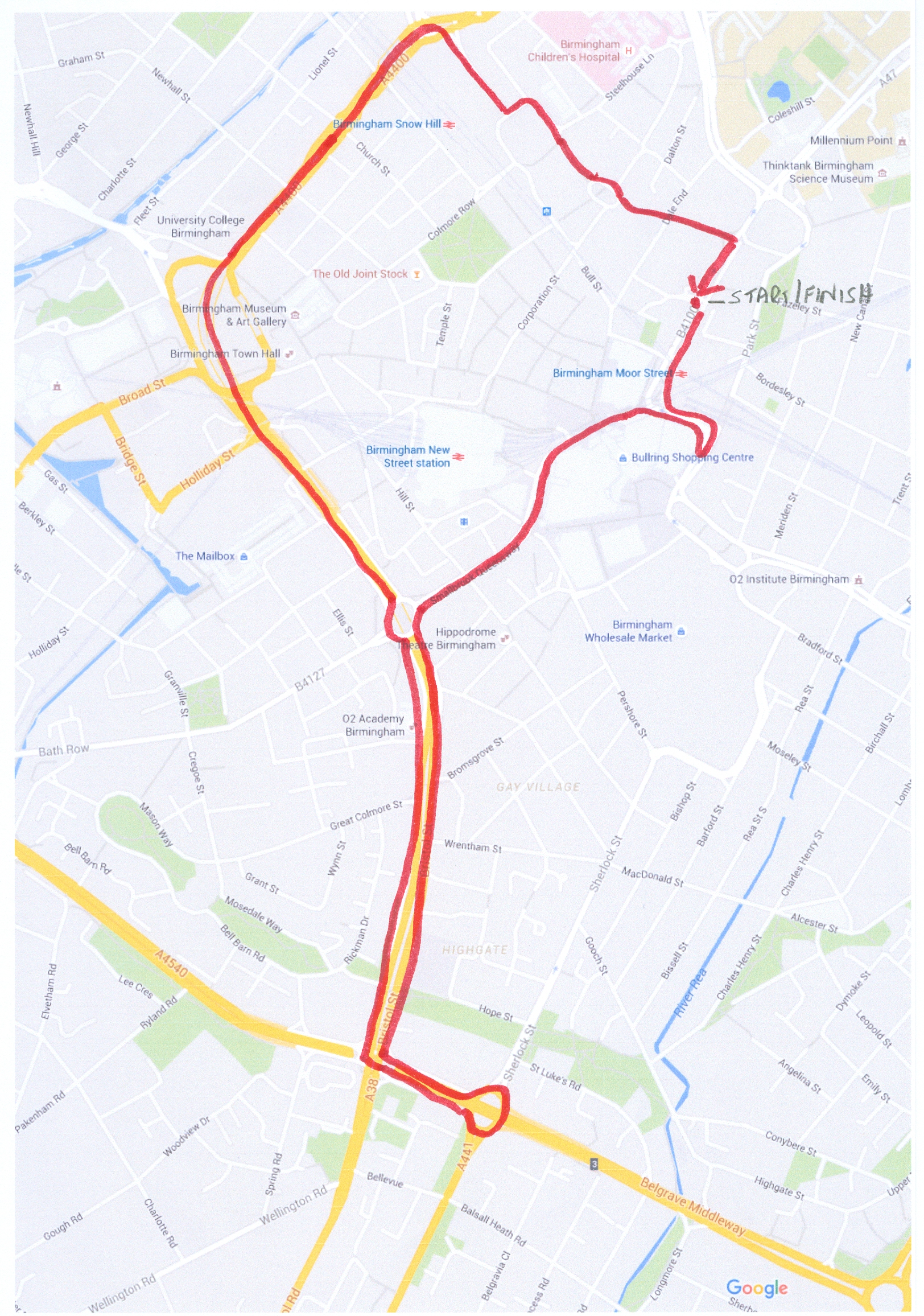 The course will pass numerous city landmarks: following an old-fashioned Le Mans-style start on Moor Street Queensway in front of where Birmingham’s HS2 station is to be built, the track snakes round Selfridges to the Park Street/Digbeth High Street junction, returning through the Bullring tunnel, then passed the Rotunda, New Street Station and Grand Central, Beetham Tower, along Bristol Street to the Belgrave Interchange, returning via the Mailbox (home of the BBC, Harvey Nicholls and the soon to open Fortnum and Mason luxury department store), through the long Queensway tunnel, turning at St. Chad’s Cathedral, up passed Lloyd House and Colmore Square, then on to Old Square and down past the McLaren Building before taking the sharp right-hander into Moor Street Queensway to arrive back at the start/finish line.

Welcoming the event, John Clancy, Leader of Birmingham City Council stated: “This is great news for Birmingham, Britain’s motor city and the Detroit of England. There is no doubt that the city’s rich motoring history played a significant part in the decision to hold the inaugural race of this pioneering branch of motor sport here, We’re particularly pleased that Jaguar, whose cars are built in the city, will be amongst the teams competing.”

In fact, Birmingham has a proud tradition of motor sport with both ex-Formula One World Champion Nigel Mansell and Murray Walker – the doyen of motor racing commentators – born in the city. Today’s media launch revealed that the Hall Green Dream Team would provide on-course commentary for crowds attending the race.

While the cars are largely pre-programmed to allow them to operate autonomously, for racing mode they will be partially controlled by boffins located on high rise vantage points, including several tower blocks such as the Sentinels. A hi-tech race HQ will be established on the rooftop garden of the Library of Birmingham, whilst the pits area on the HS2 site will incorporate a drone park from where emergency repairs to the race cars can be launched and co-ordinated.

Rob Sherman, CEO Google Racing commented: “In addition to the advanced AI robot inside each car, we’ll be positioning a further 20 more at various publicly accessible locations around the circuit to add to the fun. We’ll also be offering families who come to the race in driverless vehicles a 50% discount on their parking and event entry tickets.”

An estimated 150,000 people are expected to pour into the city centre to watch the spectacular 56-lap Bank Holiday Monday contest that revives memories of the much-loved Birmingham Super Prix that ran from 1986-1990.

Temporary grandstands will be erected with thousands more viewing from the office blocks, apartments and hotels that line the 3.2 mile long route. Additional public practice and qualification sessions will be held on the two days immediately preceding the race.

It is understood that Birmingham beat off stiff competition from cities including Dubai, Shanghai, Las Vegas and Melbourne to host the ground-breaking hi-tech event.

Responding to today’s news, Emma Gray from Marketing Birmingham said: “We are both delighted and proud that the FIA and Google Racing have chosen Birmingham to stage the world’s first motor race for driverless cars, ahead of fierce competition from rival cities. It is testament to Birmingham’s growing status that the organisers of such a landmark occasion have chosen to come here. As Europe’s youngest metropolis, Birmingham is a tech-savvy city just waiting for an event of this kind to really put us on the global map.”

Ticket prices and race times will be announced in the coming weeks.