Sir Howard Elston, scourge of the right, sworn enemy of the left and not too keen on the centrists, reports on a new macro industrial tie-up that will help everyone…especially him.

I am lounging in my sun-splashed hacienda in deepest Bulgaria surrounded by a bevy of ex-Soviet beauties and my Moldavan bodyguards as I bring you this exclusive from the hydra-headed world of business.

The totally honest car company VW, which brought you the world’s most environmentally aware car powered by totally dishonest devices, is to link up with the British telecoms company Talktalk, which is so concerned about its four million customers that a 15 year old child hacked into its totally secure database and grabbed bank accounts, identities, passwords and DNA samples that a teen nerd needs to sell to the dark market. 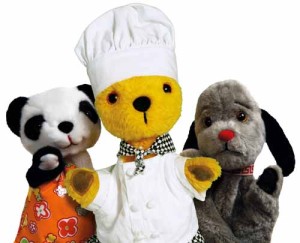 I have spoken to the incorruptible bosses of these two giants and they will start a new venture wherein VW will hand over your credit card passwords to the Taliban and Talkshite will implant false carbon monoxide testing equipment in your IPhone 6.

“The idea is,” explains Vee-dub supremo Wolfgang von German, “to totally scare the living bee-Jesus out of every car owner and mobile phone user on this planet.

“And to tell the bloody truth, we aren’t far off.”

A Talkshite spokes-thing added: ” We fully apology for allegedly allowing a 15 year old to illegally crack our highly secure website. We promise to improve and ensure that from now on a six year old  will have access to all private information. Also, we will giving world journalism leaders – like yourself Sir Hubert – an 8g diesel-fuelled phone and a nuclear-powered Passat to show our trust and fraternal kinship with the modern media.

“And to guarantee security of our combined phone and automotive networks, we are hiring the best North Korean expertise that money can bribe to promise ethical probity and sound business sense. Pyongpeng leaders are even now scouring their top secret re-educaiton death camps to find what’s left of its intelligentsia to help us in our crusade,” she added.

Bill, a Tyneside scientist and noted Sunderland United supporter, added: “Plant a victory garden and bunker down. We’re in for the long haul here. And don’t call me on my phone neither..,,and…and…awa’ the lads and all that Geordie nonsense.”