< strong>Our man in the front stalls with the bag of caramel popcorn, Sir Howard Elston, with a world-first scoop from Theatreland.

Handsome butch actor Benedict Cumberbatch has accepted a bid to play Donald Trump in a new film, I can reveal.

After watching Berny’s first class Hamlet in London this week, a tiptop source told me over champagne and slow cooked pulled pork canapés at The Ivy that the English matinee idol will finish his run in The Bard’s smash hit and head off to Hollywoodland.

“Cumbo is our man to play the next prez,” said my inside man in LA. “He has the hair just right, he got the acting chops and can imitate a boorish mean spirited Yank as well as anyone else.” he explained.

“Plus,” he added, “He’s dead posh with a Harrow education so we can wheel him out at the press conferences, and he can talk in joined up sentences, and put two words together without falling off his chair.”

Cumbo: he’ll be The Donald

Word on the mean streets of London UK’s West End has ex-Spice Girl Geri Halliwell as Ivana Trump, the billionaire’s beautiful gorgeous ex-wife, and Kim Kardesian as the White House. Martin Sheen is on the shortlist to play Trumpie’s Latino butler.

Bob Cumberbatch is no stranger to playing off the wall characters. His TV Sherlock is loved by dozens of fans, and his rugged features make him the obvious choice for machoman Trump, who is not only a noted philosopher king but has also personally recapitalised the state of Alaska after secretly marrying Sarah ‘Brainbox’ Palin while white water rafting across The Pacific (it says here in a Trump HQ press release which I will check later).

But Trumpie may have the last word on who plays him. He initially wanted John  Wayne to star until he was reminded that the cowboy star was dead. Al Pacino was cast aside because he “looks too Jewish” and Brad Pitt was vetoed because he is married to a woman with a suspiciously foreign-sounding name. 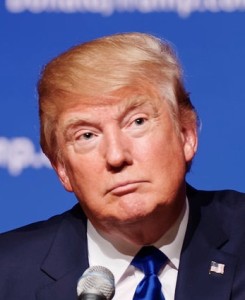 Trumpie: may get final word

Last night, all of London was abuzz with the film deal. A spokesthing for El Cumbo told me: “Bert’s up for it. His feeling is: ‘To be or not to be, where’s the cheque and my residuals?’.“

Insider Phil from Leeds, who goes to the ABC Multiplex quite a bit and has an annual senior citizen’s film pass and knows a thing or two about movies, commented: “Brian Cumberbatch? Bloody southern softie. Gimme Sean Bean or 007 Daniel Craig or someone who can down 14 pints while playing for Hull Kingston bloody Rovers.”

One thought on “Howard shock exclusive: Cumbo to play Trump”