There’s a mix of old and new coming up at the Leamington Assembly.

On Wednesday 3rd September Britain’s number one soul band, the Real Thing, celebrate an incredible 40 years in the business. The three original vocalists, Chris and Eddie Amoo and Dave Smith perform with their own five piece band in a performance that includes all their million selling hits. The Real Thing have become regularts on the eighties festival and touring circuit, performing at the Rewind and Here & Now events to great acclaim. 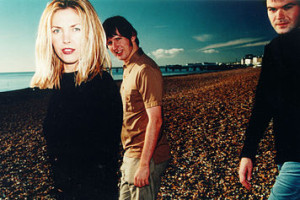 The following evening, Thursday 4th September, has indie chart-toppers Saint Etienne performing. Coming out of the indie dance genre of the 1990s, the band have continued to transcend genres from house to Brit pop and their live shows enhance their reputation as purveyors of some of the finest songs of the past three decades.

Then on Friday 11th September the Assembly hosts one of the best British blues guitarists to hit the scene for many years. Since her 2011 debut album Like No Other, Chantel McGregor has toured constantly, forging a reputation for her live shows as well as winning a host of accolades including twice Guitarist of the Year at the British Blues Awards in 2013-14. Her new album Lose Control will be out shortly.

Tickets for these and all other Assembly shows are available from www.leamingtonassembly.com or tel: 0871 220 0260