Music, theatre and something very different. 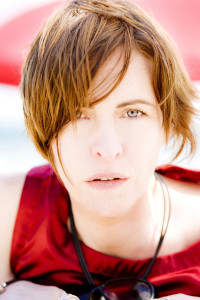 Exposed to music at a very early age, Dublin-born Eleanor McEvoy grew up in a strict Catholic household. After a musical upbringing playing the piano, violin and performing on stage with her older siblings, Eleanor graduated in music from Trinity in Dublin and set out to pay her way through life as a jobbing musician.

Out of the blue, two chances came along at once. Mary and her record company manager/husband decided Eleanor’s song A Woman’s Heart would be a fitting title and lead song for a compilation album. Simultaneously the legendary Tom Zutaut of Geffen Records (who signed the likes of Guns’n’Roses and Motley Crue), heard Eleanor in a pub and signed her to his label. Eleanor went off to tour the world, while at the same time A Woman’s Heart went into the Irish charts and still remains the biggest Irish selling record in the home market.

Luke Jermay is the most incredible man you’ve probably never heard of. He can read your mind. He doesn’t use mind games or psychological tricks; there are no smoke and mirrors.

Jermay’s Sixth Sense has gained critical acclaim with five star reviews from Edinburgh to the West End. You’ll be amazed at Jermay’s incredible powers; he knows your past, present and future, sometimes better than you do. From your favourite schoolteacher, childhood pet even the colour of your underwear, Jermay impossibly knows all, sees all and tells (almost) all in an expert display of telepathy and personal predictions about your future developed to amazing razor sharp accuracy.

There are also some theatrical treats to look forward to at Artrix.

Meera Syal (The Kumars, Goodness Gracious Me) kicks off the National Theatre Live spring season at Artrix on Thursday 12th March with Behind The Beautiful Forevers. Pulitzer-prize winner Katherine Boo’s book is the inspiration for David Hare’s play about life, death and hope in Mumbai city. The play brilliantly communicates an overwhelming sense of a world in which life is cheap and how even the smallest item can be the gateway to salvation.

When a dead body is discovered in Mr Krook’s Rag-and-Bone shop, a web of mysteries starts to untangle, with far-reaching consequences. Hilarious, tragic and romantic by turns, Dickens’ darkly comic masterpiece Bleak House is retold by the Pantaloons Theatre Company in their own inimitable style. 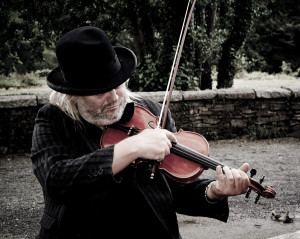 Best-known for his multi-instrumental wizardry as one half of Show of Hands, Phil Beer is touring with his own band for the first time in three years. Phil is one of the most popular ambassadors for acoustic roots music, best known as a top flight fiddler and plays in the all-star line-up, Feast of Fiddles. He also plays slide, Spanish and tenor guitar, mandocello, viola, mandolin and South American cuatro and guested on the Rolling Stones Steel Wheels album as well as Steve Harley’s Poetic Justice.