Circles by local writer, Rachel De-lahay, has been awarded the Catherine Johnson Award for Best Play 2014. Handsworth-born Rachel, won a bursary from The Pearson Playwrights’ Scheme (now known as the Channel 4 Playwrights’ Scheme) to write for Birmingham Repertory Theatre in 2013. Circles, which Rachel wrote whilst on attachment to The REP, received its world premiere at the theatre in May 2014 before embarking on a regional tour ending with a run at the Tricycle Theatre, London. Catherine Johnson, who is the author of Mamma Mia, set up the award in 2007 as a way of giving something back to the Scheme which had helped and encouraged her in the early days of her career. 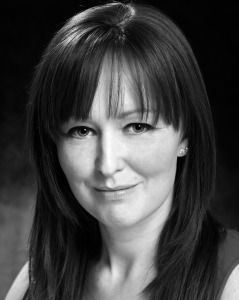 Unknown Male a new play by another local writer, Stephanie Ridings, was recognised at the Empty Space….Peter Brook Awards winning the Mark Marvin Rent Subsidy Award. Writer Stephanie Ridings is a graduate of the Rep’s inaugural REP Foundry artists’ development programme, a scheme set up by artistic director Roxana Silbert, and Unknown Male was written during Stephanie’s time on the Foundry. A collaboration with the independent and up-and-coming producer Pippa Frith, the play premieres at the Rep on January 28th.

A third award – the West Midlands Arts, Health And Wellbeing Award 2014, was given to the Rep for Bedlam: A Festival of Mad Ideas. In November 2013, the Rep and Birmingham & Solihull Mental Health Foundation Trust worked in partnership with people who have lived experience of mental health issues to help shape this award-winning programme of drama, theatre, comedy, poetry, spoken word and photography. The festival showed how the arts can play an important part in reducing stigma and promoting recovery and wellbeing.

As part of Bedlam, the Rep commissioned local playwright Charlene James to research and work with those in residential and day mental health settings, which inspired a new play. Jump! We’ll Catch You. Since Bedlam, Charlene has also been commissioned to write Tweet Tweet for the Young Rep company and she has also just been awarded the prestigious Alfred Fagon Award for Best Play.

Roxana Silbert, Artistic Director at Birmingham Repertory Theatre says of the awards: “These awards are a testament to the brilliant young theatre talent that exists in the West Midlands and The REP is honoured to be working with such fine artists and thrilled that they are being recognised nationally”

In addition to the awards, the Rep has also been chosen as one of four major UK theatres by the Regional Theatre Young Director Scheme to host a residency for an exceptionally talented young director. Daniel Bailey has been awarded a paid eighteen month residency at the Rep from 2015-2016. Funded by Arts Council England and the Arts Patrons Fund, this residency provides the opportunity for Daniel to mount his own production at the Rep and to develop his understanding of the artistic and operational workings of the theatre. Past alumni of the Regional Theatre Young Director Scheme include Trevor Nunn, Ken Loach, Vicky Featherstone (Royal Court) and Rupert Goold (Almeida Theatre).