Two of Britain’s finest musicians will be appearing at the Hare & Hounds, Kings Heath next week, courtesy of promoters World Unlimited.

First up on Wednesday 15th October is Norman Watt-Roy, best known for his work with The Blockheads and Wilko Johnson. Over his long career he has played with the Clash, Madness, Nick Lowe, The Selecter, Rodger Daltrey, Rachel Sweet, Jona Lewie, Wreckless Eric, and provided the original bass line for Frankie Goes to
Hollywood’s smash hit Relax. 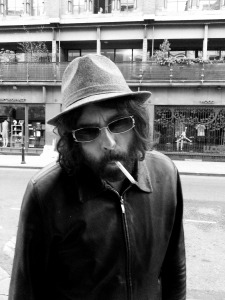 Then on Thursday 16th Ian McNabb will be returning to the venue. One of the great singer/songwriters to emerge from the 80s Liverpool music scene with his band the Icicle Works, Ian has gone on to enjoy a critically-acclaimed solo career. The Mercury Music Prize nominated artist continues to write stunning songs with warmth, humour, cynicism and grandeur.