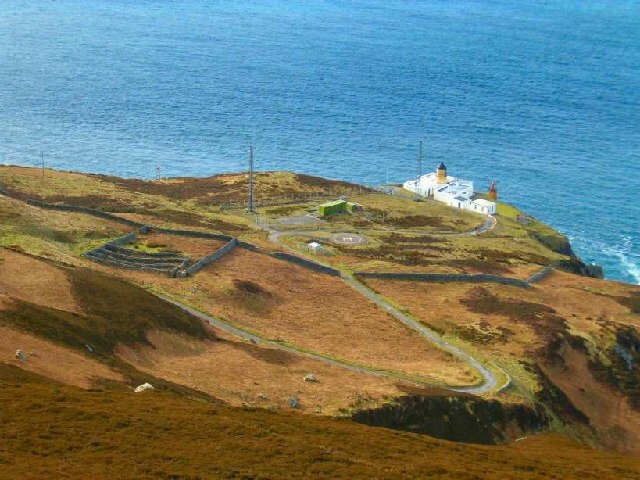 The edge of Kintyre

Richard Lutz heads towards an edge of Britain rarely visited.

What’s wrong with the Mull of Kintyre in Scotland is its indelible link with Paul McCartney’s mawkish song about the place.

You know, the one with the plaintive voice, the bagpipes and the dubious lyrics:

Oh Mull of Kintyre, mist rolling in from the sea…’

The remote headland, which sticks out of southwest Scotland like a downturned thumb, has been really sullied with Mr McC’s legacy.

It is a beautifully austere place, the end of a world where a marginal land meets a moody Atlantic. It doesn’t deserve a cheesy song to describe it.

The Mull is actually the tip of the 40 mile long Kintyre peninsula – the word Mull means a headland, a final point that looms out over the unknown territories of the sea. And capping it off is a 200 year old lighthouse peering out into those choppy waters called The North Channel which can have three different running currents attacking each other between Argyllshire and the Ulster coast less than 10 miles away. Needless to say, a quick swim around here is not advised.

In fact, Ireland is so close you feel you can touch the Antrim shore or misty Rathlin Island that sits off the coast like a beached whale. It is that close, that near, that you can see moving cars and homes on the Irish shoreline across the waters, waters so blessed or cursed by the changing weather that when we looked down 700 feet from the top of the twisty access road (as above) we watched the channel waters turn grey, then blue, then to green, then to patches of turquoise in a matter of minutes.

The proximity of Ireland to this headland means you can understand how accessible this corner of Britain was to Celtic monks such as Ninian and Columba who came to the Pictish kingdom more than a thousand years ago.

The right wind, a slow current, a day not locked in by seafog and the Irish of the Dark Ages, called Scotti, could splash over in a day. Lord knows how many started and never made it and disappeared as the weather turned on them, so vicious and violent that it must have felt as if God had printed their names on the destructive sudden Atlantic storm clouds.

The lighthouse on the Mull is tucked on top of a rock looking out onto this changeable turbulent North Channel. And above this edifice is a reminder how changing weather can still wreak havoc. It is a monument to the 29 men who died in the 1995 RAF chopper crash on a remote mountain side nearby.

No sign, no big arrow to get you to the modest cairn with the names of the dead cut into a plaque. No information board. Just a rudimentary somewhat muddy path squiggling up a side of a moody hill, overlooking the lighthouse, the cliffs, the darting seabirds and Ireland close by to the southwest.

One thought on “Mulling It Over”