News from the Glee Club. 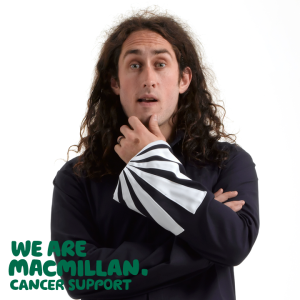 We are delighted to welcome Ross Noble back to Glee Club Birmingham as host and compere of our very special 20th Anniversary Gala show on Wednesday 10th September. All ticket sales from the show will go directly to Macmillan Cancer Support to help them continue their amazing work.

Ross Noble has become known as a truly exciting, genuinely original, incredibly prolific performer and has received huge critical acclaim. He is a former Perrier Award nominee, Barry Award, and Time Out award winner for best live stand-up, and has won a shed load of other prestigious awards and nominations.

Ross is now perhaps the most successful cult comedian of our time, with a loyal fanbase derived largely from the ‘word-of-mouth’ recommendations of those having seen him perform live. He can also be seen on our screens as a recurring guest on Q.I. and his own Dave series Ross Noble: Freewheeling.

Joining Ross on the bill for this unique show will be class-act stand-up John Moloney, the brilliantly innovative Phil Nichol, and The Glee favourite musical comic Andy Askins.