Coventry University’s entrepreneurial activity has been recognised with a top prize at a recent awards ceremony.

Coventry was named the region’s most innovative university at the Midlands Business Awards 2014, which took place at the Hilton Birmingham Metropole on Friday 28th February. The university, which was also shortlisted for an award in the enterprise category, beat Aston, Leicester, Staffordshire and Wolverhampton to take the title of Midlands University (Innovative) of the Year at the gala event.

Now in its eighth year, the Midlands Business Awards celebrate the talent, entrepreneurial strength and commercial acumen of a wide range of individuals and companies throughout the region. With prizes being awarded across several categories, this year’s contenders had to meet with a panel of judges to put their case forward for being named the top performer in their particular area.

The team from Coventry University impressed the judges with their presentation, which highlighted the university’s organisational performance and improved standings in league tables, its strong corporate partnerships, high quality research activities and concerted efforts to support business development and growth in the region.

Judges were particularly impressed by the university’s high level of engagement with individual entrepreneurs, SMEs, and large corporate organisations in a wide range of market sectors. The university was also commended for the backing that it has provided to student and graduate start-up businesses through its Institute of Applied Entrepreneurship (IAE) and for the quality of tailored support programmes delivered via its commercial subsidiary, Coventry University Enterprises Ltd (CUE Ltd). 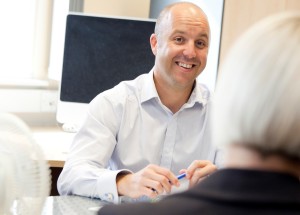 Rob Underhay, Senior Project Manager at Coventry University’s Institute of Applied Entrepreneurship said: “It’s great to see the University being recognised for its innovative commercial activities and we’re thrilled to have triumphed at this year’s Midlands Business Awards.

“The entrepreneurial spirit shines through at Coventry University – it’s in our culture – and as well as being a centre of excellence for teaching and learning, our University is a great place for doing business.”

The accolade marks another success for Coventry University, which currently holds the title of The Times and Sunday Times Good University Guide 2014 Modern University of the Year and sits in 45th place in the overall rankings – the highest ever listing for a modern university in the history of these guides.

The university also made the final shortlist for the title of University of the Year in the 2014 Times guide and was named for the first time in the QS World University Rankings for 2013/14.