The ambitious plans form one of the biggest urban regeneration schemes in Britain, and by far the biggest redevelopment so far announced on the back of HS2.

The new developments will be focused around the brand new city centre station – Birmingham Curzon – where HS2 terminates on its 49 minute journey from London. The station will place the city at the heart of the new national high speed network.

Plans include the creation of over 14,000 jobs, 600,000 sq metres of new employment floorspace and 2,000 new homes. The regeneration will boost the city’s economy by £1.3bn each year. The plans are a critical part of the city’s efforts to support its burgeoning creative, learning and research sectors and the booming professional and financial services industry.

City leaders in Birmingham today hailed the potential of HS2 as a catalyst for urban regeneration and called on political leaders to push ahead with the rail scheme and help unlock growth across the country.

The Curzon HS2 Masterplan is the latest in a series of major projects that are remaking Birmingham’s city centre. The £600 million transformation of New Street Station will be completed next year along with a £128 million Midland Metro extension linking the station with the existing tram line at Snow Hill. Ambitious plans have also been tabled for Paradise Circus in the heart of the city including a second Metro tram extension continuing on from New Street Station to Centenary Square.

Eastside City Park was the first new city centre park in Birmingham for more than 130 years when it opened right next to Curzon Street in December 2012, and the critically acclaimed Library of Birmingham opened last year as a centre of learning and a major tourist attraction. 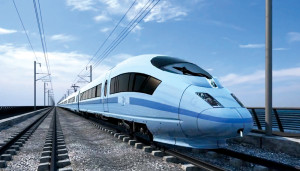 Sir Albert Bore, Leader of Birmingham Council said: “Today we set out our vision for how Birmingham can use HS2 as a catalyst to transform a huge part of our city, bringing with it jobs and prosperity for people in the West Midlands.

“We’re not waiting around for HS2 to get built before we get started. We’re announcing our plans today, and we’re ready to start building as soon as the new railway gets the green light. Up and down the length of HS2 there is huge potential for major regeneration and development and we must press forward with this project without delay”

Lord Deighton, Commercial Secretary to the Treasury and Chair of the HS2 Growth Taskforce said: “Birmingham is going the right way about realising the benefits of HS2 by developing ambitious plans to kick-start development.

“Their vision for the Curzon HS2 Masterplan demonstrates the transformational value of HS2, not just for rail passengers but for the communities that the railway will serve. The legacy of our new north-south railway will be not only a railway fit for the future, with better connections to cities in the north, but also regeneration and economic growth for Birmingham, Manchester, Leeds, London and everywhere in between.”

HS2 Ltd Chairman David Higgins added: “We welcome the launch of the Curzon Street Masterplan which shows an exciting vision of how the area around the Curzon Street station can be developed and transformed. This is exactly the kind of ambitious plan that will stimulate the public – private sector partnerships needed to unlock investment. HS2 offers a great opportunity for investment and jobs around the station, and for the wider region. We are committed to working closely with Greater Birmingham partners and the local Eastside and Digbeth communities to bring this scheme to life and to help ensure that the most is made of the opportunities that HS2 brings.”

Birmingham Curzon station will be Birmingham’s HS2 hub, linking phase one of the project, from London to Birmingham, and phase two from Birmingham to Leeds and Manchester. The proposed line will boost the West Midlands economy by £4.1 billion each year and create more than 51,000 new jobs by providing extra capacity and better connections to London and the north.

The new Birmingham Curzon station will be the first new station to be built in Birmingham for over 100 years and when complete will be the biggest building in the city. The station would be served by Metro trams on a new route branching off the extension currently being built through the city centre.  Waheed Nazir, Director for Planning and Regeneration at Birmingham City Council said: “The Masterplan sets out the City Council’s aspirations for the new HS2 terminus station and the huge regeneration potential that surrounds it. The potential of HS2 can only be realised if we build a world class station that seamlessly connects people to the rest of the City Centre.

“The masterplan is part of Birmingham’s ambitious growth agenda that will see the city’s economy grow and prosper. HS2 will be an important catalyst for this ongoing development and regeneration activity.”

Lucan Gray, Owner at Fazeley Studios & the Custard Factory, a hub for creative businesses in Digbeth, an area that could be impacted by the proposed masterplan, said: “With MIPIM just around the corner, the timely consultation of the Masterplan is going to be of enormous significance for property developers.

“By getting ahead of the curve and announcing its plans now, Birmingham is going the right way about realising the potential of HS2. Combined with schemes like the New Street regeneration and Paradise Circus, Birmingham property is looking really exciting right now.” 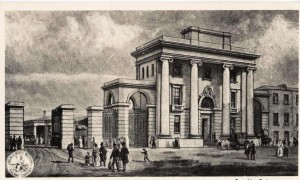 Today sees the beginning of an eight week consultation on the Curzon HS2 Masterplan. Construction is set to start on the HS2 line and stations in 2017 with the first passenger services arriving in Birmingham in 2026.