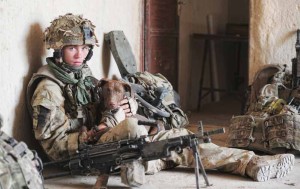 At least 21 people were  killed today in a series of bomb blasts across Baghdad. RICHARD LUTZ reports on how this story will never end. And just never should be forgotten.

We are dulled to the sound of pain. We turn to stone when the screams of horror rip through our nightly news shows.

With at least 21 dead in Baghdad, it is time, again, to look at what our knee jerk deluded decisions in Iraq and Afghanistan have cost.

Let’s take the latter. The world has probably  forgot (except for the victims’ families)  that a restaurant was ripped apart in Kabul a couple of days ago , killing dozens. The newest Iraq outrage makes us turn a mental page, clear the memory and take a breathe as fresh blood drips off our flatscreens.

But each political administration in Britain, whether it was Blair’s, Brown’s or the current one, still reads to the creaky old script first mouthed by Bush on that aircraft carrier more than a decade ago: ‘Mission Accomplished.’

What a  farce. What a desperate sad farce.

These ‘world leaders’ are tied to a tight wire of a fiction that it was all, somehow, worthwhile. Yes, admittedly, the invasions got rid of Saddam.. But have things improved?

And more to the point, were the initial aims met?

Let’s take Afghanistan which will be left to its own (on paper at least) next year.

Then, slowly, it all changed. It was a crusade for western democracy to be built upon an unmanageable 19th century feudal state. Then, it was a war on opium (the crop has never been healthier, by the way) and then an admirable but forlorn campaign to give 50 per cent of the Afghan nation – women – basic rights.

All have failed.  No matter what the military says, what Cameron says or what the Whitehall/Beltway communications brigade spoonfeed the media.

Yes, bin Laden is dead. But The Taliban seems  to be salivating in the wings waiting for the over armoured  NATO troops to leave. Opium production, which funds terror bank accounts, represented 90 percent of the world supply. 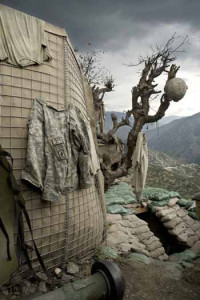 A recent report showed that women’s safety, not to speak of their rights, is at risk with 4 ,000 assaults in the first half of 2013- all under NATO ‘protection’.

And, of course, there is the unknown civilian deaths from battles, counter attacks, appalling drone assaults (over the skies of our allies, Pakistan too), and increased violence, according to studies in Helmand itself, where we have witnessed repeat after repeat of US/UK troops seemingly fighting over the same villages year after year.

As  foreign affairs commentator Seamus Milne pointed out a month ago, not one politician in either the US or the UK has been held accountable for this violent shambles, this bloodied nightmare, this cockeyed murderous mistake built upon lies.

And, as for Iraq,  we still await the outcome of the Chilcot inquiry – three years after it sat. And for those three years, we hear the reports of bombs, terror and sectarian hatred that has erupted in the vacuum of the west’s military departure.

So Mission Accomplished? Not really.

And on it goes.

Today in this first month of 2014, twelve years after the start of the invasions, Britain is getting itself in a tangle over what military hardware to buy; reacting to former US defence boss Robert Gates nagging us about not having aircraft carriers; and, just how much to spend on an outdated military machine that already costs more than £35 bn per year, an outdated force that its ribbon-bedecked bosses think still fights wars imagined from 1948.

One thought on “Of War and Other Idiocies”