Shakespearian silliness and stand-up comedy are just some of the events coming up at Artrix, Bromsgrove, in February.

Adopting an alternative approach to Shakespeare, Finding the Will take on characters from Hamlet and The Tempest. We catch up with Osric twenty five years after witnessing the massacre at Elsinore Castle, while ‘innocent’  Miranda, the Queen of Naples, is about to make her Silver Jubilee Queen’s speech. This production, which is ideal for Shakespeare lovers aged 14+,  is performed by professional actors Jules Hobbs and Richard Curnow.

Comedian John Robins has had sell-out shows at the Edinburgh Fringe and written radio comedy for The News Quiz (BBC Radio 4), appeared on Word of Mouth (BBC Radio 4) and many other T V and radio shows. 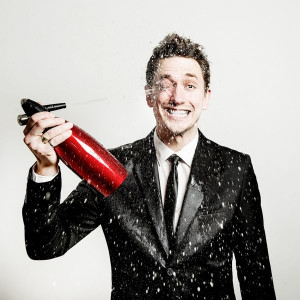 In his new show Where is my Mind? Robins takes his audience on a nostalgic journey beginning with his awkward adolescent years and running right through to his thirties. This self-deprecating stand-up captivates his audience brilliantly and holds them, with ease, for the duration of the show. Keeping it simple, Robins presents comedy in its rawest form: one man, one microphone, one fantastically funny show.

John Robins presents Where Is My Mind? on Saturday 8th February. Tickets cost £10.

Leonard Cohen can be described as one of the most accomplished singer song writers and poets of our time. He published his first book of poetry in 1956 and his first novel in 1963. The rest, as they say, is history. Cohen is highly regarded by critics for his lucid, rich lyrics and for producing intimate compositions over a five decade career. 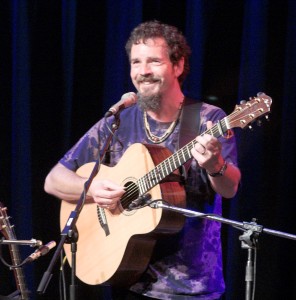 Over 2,000 versions of Cohen’s songs have been recorded worldwide but Keith James remains as one of the most accomplished of interpreters. Over the past two years Keith has completed three successful national tours and he will be giving a special performance of Cohen songs on 14 February at Artrix. Romantics at heart need look no further when planning a special Valentine’s evening this year.

Since winning the Channel 4 competition So You Think You’re Funny in 2003, Tom Wrigglesworth has established a reputation for being one of the most talented and respected comedians on the UK and international comedy circuit. 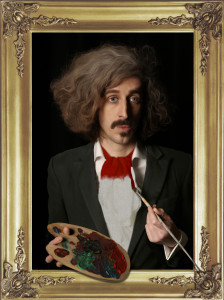 Following sell-out performances at the New Zealand Comedy Festival and the prestigious Montreal Comedy Festival, Tom recorded two series of Tom Wrigglesworth’s Open Letters for BBC Radio 4. The programme, in which Tom tackled common consumer issues in his own hilarious way, won him a Sony Award for Best Radio Comedy.

Further radio credits include being a regular side kick and co-host to Rhod Gilbert on his Saturday morning BBC Radio Wales show, as well as numerous airings on panel shows.

In his new show Utterly at Odds with the Universe Tom takes an emotional journey exploring his profound relationship with his granddad. Reflecting on these early conversations, Tom comes to fully understand the influence this man has had on his own life, and explores the fantasy of being able to make one final interview.

Expect elegant flourishes of language, twisted logic and whimsical storytelling courtesy of one of the finest and most original comics in the UK.

Colin Towns’ Anglo-German six piece released their debut album Stand Well Back in 2012, turning heads and prompting ecstatic reviews from music fans and critics alike. Their new album Drawing Breath’has attracted a 5 star review from the Guardian and continues the Blue Touch Paper soundscape. Elements of jazz, rock, electronic and classical music are fused together in an adventurous and visionary style.

For jazz and contemporary music fans this is a night not be missed.

Tickets for all events at Artrix are available from the box office on 01527 577330 or online at www.artrix.co.uk